Train plows through dozens of antelope in Saskatchewan 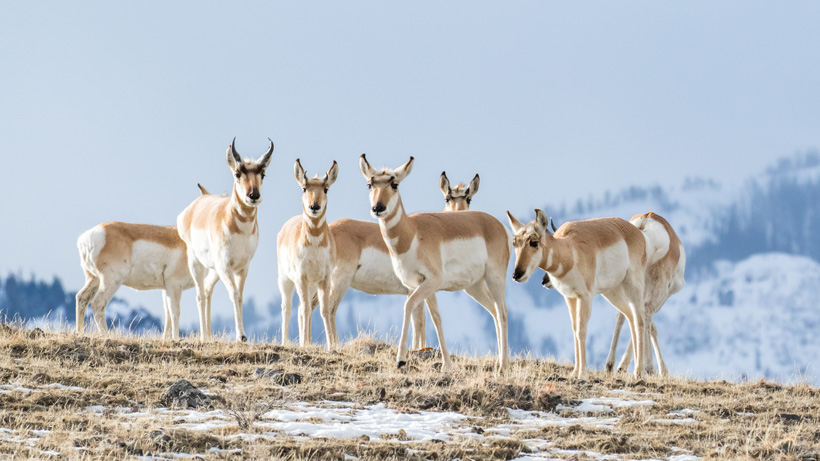 When a deer jumps in front of a car, depending on how fast you’re going, you can usually brake before an accident occurs. What about if you’re operating a freight train? Canadian Pacific Railway (CPR) is currently investigating an incident where one of their trains struck “dozens” of antelope near Maple Creek, Saskatchewan on Nov. 15, CBC News reports.

“Their natural instinct is to outrun any sort of predator, any sort of disturbance,” said wildlife biologist Terry Kowalchuk. “That has served them well. Any natural predator can’t catch them. It doesn’t bode well for them when they get into areas where they can’t outrun something like a vehicle or a train.”

Kowalchuk points out that snow is also likely a factor in the accident, adding that “they are not very well adapted to dealing with snow.”

The video, which has been “widely circulated on social media,” shows “a large herd of animals running on the tracks as the freight train’s horn blasts,” according to CBC News, and has resulted in an investigation. However, the railway company says that crews cannot always safely stop a fast-moving train to avoid a wildlife collision.

“When an incident like this occurs, crews are required to report it to the CP Operations Centre,” said CPR in a statement. “CP then alerts relevant stakeholders, including provincial authorities, about the wildlife strike.”

Further, according to Saskatchewan Environment, this sort of accident isn’t “uncommon, especially when animals are on the move in search of food or trying to avoid deep snow.” Often, animals will utilize railways and roadways because they are easier to navigate. In fact, there have been four similar collisions in November alone.

“However, we do acknowledge that in the case of this collision, the number of pronghorn impacted was significant and distressing,” said the ministry.