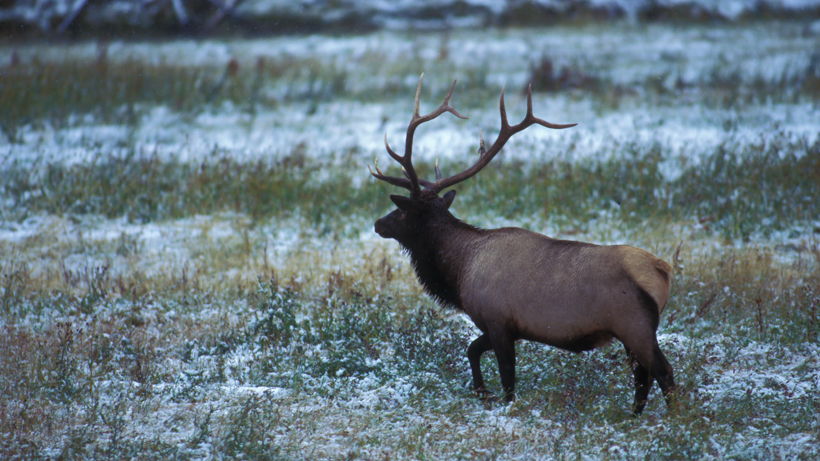 A Colorado elk poaching case is finally solved following a few slip-ups by the Texas “hunter.” It turns out that, if you’re hunting illegally, perhaps you shouldn’t stash incriminating evidence—cellphone, compound bow, backpack—in bushes where investigators can find them.

According to The Kansas City Star, officials were tipped off in September 2018 when an Evergreen, Colorado resident “spotted a hunter with the dead elk and called the sheriff’s office for help.”When three deputies went to the local residential property where the tipster had spotted the man with a headless elk, Raymond Muse answered the door dressed in camouflage. According to the report, he then ran away. However, Unfortunately for Muse, he also left behind some damning evidence in the bushes: backpacks (with “identifying information”) and his cellphone. Further searching led investigators to other places where Muse had stashed a bicycle, compound bow, backpack, clothing and the actual head of the elk.

“This was a huge find as it showed officers how (the poacher) was sneaking onto private properties to poach trophy wildlife,” officials wrote in the news release. “Many of the hunting locations that were identified were right under the noses or in the backyards of Conifer and Evergreen residents.”

Officials figured out that Muse must have hid hunting gear around the areas and used his bike to go from place to place to keep his actions under the radar. Based upon the amount of clothing found, Muse likely changed into his camouflage in the bushes before he started hunting. Investigators eventually linked Muse to other elk and deer illegally killed in the state using evidence found in Muse’s cellphone.

In total, Muse poached five elk and a deer.

In December, he pleaded guilty to the willful destruction of wildlife as well as 11 misdemeanor charges. According to The Kansas City Star, he was ordered to pay $53,000 in fines and will lose his hunting and firearm-possession privileges during a two-year probation period.