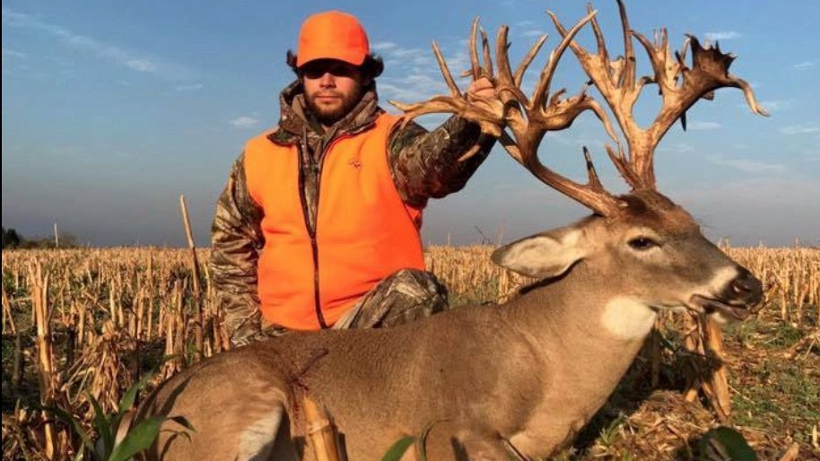 You never know what you’ll encounter in the woods during hunting season. An incredibly lucky Tennessee hunter hit the jackpot earlier this month when he harvested quite possibly the largest nontypical whitetail buck in the world in Sumner County. After Stephen Tucker spotted the buck two times before (the first time his muzzleloader locked up; the second time the shot was questionable), he didn’t think he’d see the monster again. Lucky for him, he did.

“I was just hoping I would see him again after I passed up the shot the second time I saw him,” Tucker told The Tennessean. “My thinking was the second time I saw him was as far away as he was and as big as he was, I wanted to make sure that I killed him. I didn't want to cripple him. I said to myself, ‘If I cripple him, nobody will get to kill him.’ The last thing I wanted to do was be the guy who crippled a deer like that.”

Tucker shot the 47 point nontypical whitetail buck on Nov. 8 with his muzzleloader from approximately 40 yards away.

"There's no doubt it's going to be the new state record; I mean, that's an absolute," Tennessee Wildlife Resources Agency District 21 captain Dale Grandstaff told The Tennessean. "As far as the world record, (the rack) is about an inch over the world record."

Grandstaff is an official Boone & Crockett scorer and measured the antlers. He determined the final green score at 308 3/8, which is considerably larger than the current state record and about an inch bigger than the current world record. According to Fox News, the antlers will be re-measured again in 60 days for a dry score to determine if they beat the 2000 state record held by Dave Wachtel (grossed 256 points; netted 244 3/8) and the 2003 world record held by Tony Lovstuen (38 points; scored 307 5/8).

Regardless of whether it beats the world record (as it will most likely beat the state one), it’s a heck of an accomplishment and a memory that will last a lifetime. Congratulations, Stephen Tucker!