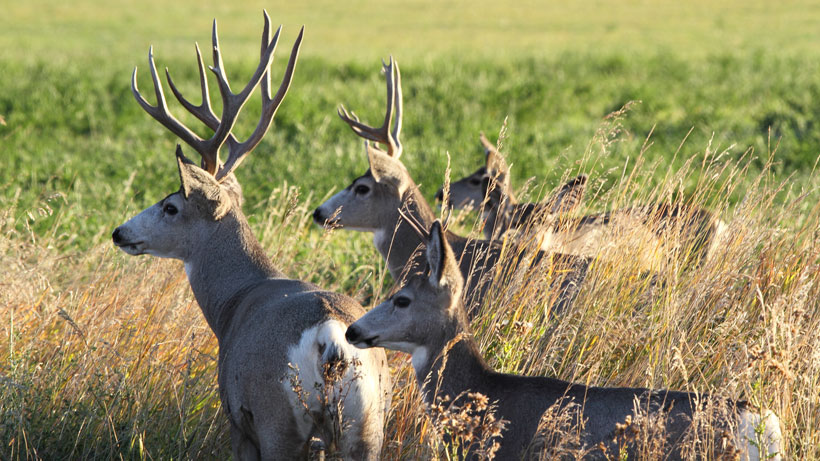 Since the 1960s, Chronic wasting disease (CWD) has impacted moose, elk, deer and caribou across 24 states and two Canadian provinces. It is a fatal neurological disease that can decimate herds. Because of this, states have tried to stop the spread of this deadly disease by “lethally removing” diseased animals, closing supplemental feeding stations and carefully monitoring herds.

Now, there’s another reason to be concerned.

An ongoing study led by Health Canada has discovered that “CWD has the potential to infect humans,” EnviroNews reports. Led by Dr. Stefanie Czub, head of the virology section at the Canadian Food Inspection Agency (CFIA), the study is using cynomolgus macaques: primates that are closest to humans and approved for medical research. An advisory dated April 26, 2017 states: “These findings suggest that CWD, under specific experimental conditions, has the potential to cross the human species barrier, including by enteral [oral] feeding of CWD infected muscle.”

Prior to this discovery, it was thought that CWD could only infect cervids. However, while there are no confirmed cases of CWD in humans, the Center for Disease Control strongly recommended that people not eat any infected meat. This ongoing study further solidifies the need to leave CWD-infected meat alone.

“The shockwaves are still reverberating through the scientific community because of this research,” Darrel Rowledge, Director of the Alliance for Public Wildlife (APW), told EnviroNews. “This is a wakeup call. These macaque data are stunning.”

CWD is one of six known animal prion diseases – five of which affect humans; mad cow disease is one of the most well-known. While the typical timeline for this type of research includes completing the study and publishing it in a peer-reviewed journal, Czub says that it was necessary to share this information with the public as soon as possible.

“This whole experiment was done to generate data for a risk assessment of chronic wasting disease, and a risk assessment is always to protect human health,” Czub told EnviroNews. “What we have so far is important enough to communicate it.”

This is the first study to look at how CWD could infect humans. Other studies have identified CWD infection pathways in mice, voles, squirrel monkeys and domestic cats.

“There’s always been a suspicion of the possibility, a hypothetical risk of transmission to humans,” Dr. Ryan Maddox, an epidemiologist with the CDC, told EnviroNews. “It’s something CDC has been keeping an eye on for a number of years.”