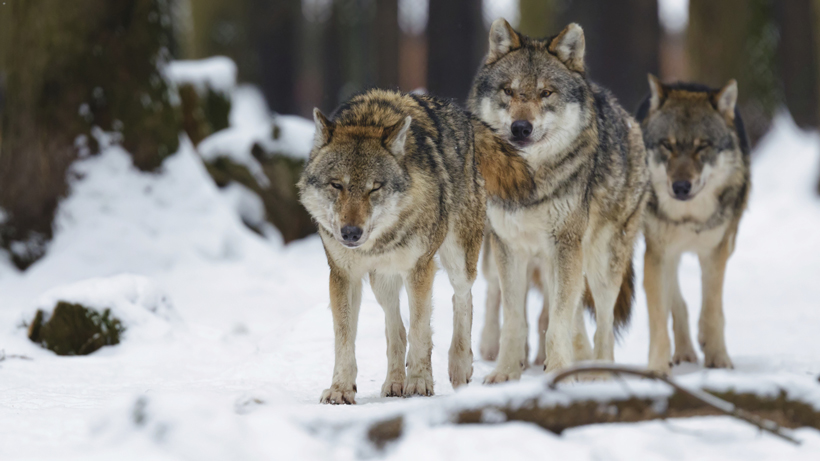 Livestock ranches near the National Elk Refuge in Wyoming are experiencing repeated depredation due to flourishing wolf populations and plenty of resident elk. Yet, as the elk migrate away from their winter range, wolves that typically prey on the area ungulates turn to the cattle ranches in the same area. Unfortunately, this means increased conflicts for livestock producers.

Most of those livestock-wolf conflicts occur on private land “just over the East Gros Ventre Butte,” the Chicago Tribune reports. Dan Thompson, who leads the Wyoming Game and Fish Department’s (WGFD) large carnivore program, said “solving the chronic Spring Gulch cattle conflict is not straightforward and that there's an ever-changing ecological system at play.”

While the depredation has historically been linked to the Pinnacle Peak Pack, which were “targeted by federal trappers employed by the U.S. Department of Agriculture’s Wildlife Services” in 2016, but were “never entirely eliminated,” according to the Chicago Tribune, last year, the Huckleberry Pack took over some of the Pinnacle Peak Pack’s territory. That change in territory could have resulted in fewer depredation cases, but it didn’t.

“Huckleberry and Pinnacle were both involved frequenting ranches and in depredations,” said Thompson.

Wolves were previously protected under the Endangered Species Act; however, WGFD has been in charge of wolf management since 2017. Since January, WGFD has four confirmed cases of wolf depredation (three calves and one mature cow) on two different ranches, but that doesn’t mean that the agency “plans to lethally target” any of the wolves responsible.

In fact, according to Thompson, that’s usually a last resort tactic.

Besides, not all of the Spring Gulch residents want the wolves removed. Lisa Robertson hopes for coexistence with the apex predators and suggested adding a range rider to guard the cattle or the use of fladry to deter wolves from the area.

“I think the public is very interested in helping anyway we can,” Robertson said. “As neighbors, we would love to help every way we can for alternative control measures.”