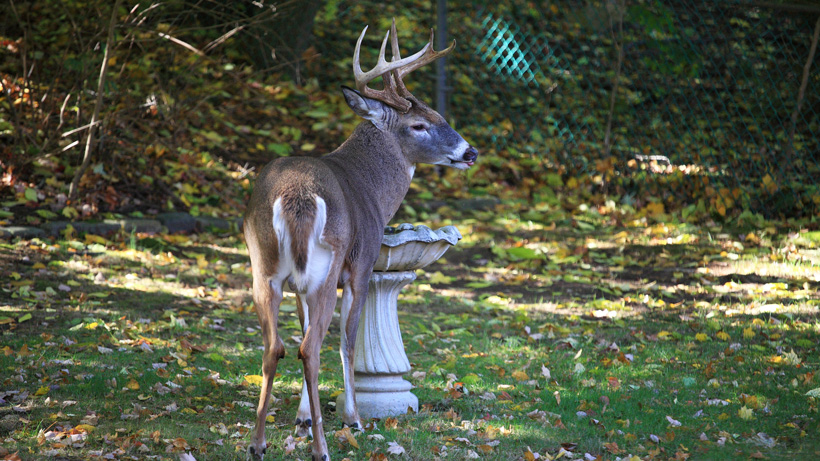 For Rapid City residents, deer are a common sight – so much so that the South Dakota city has made plans for its annual urban deer cull this January. Two certified sharp shooters are on deck to lethally remove 150 deer from the area in what South Dakota Parks and Recreation Director Jeff Biegler says will likely “be a one- to two-week operation,” the Rapid City Journal reports.

Two deer baiting stations filled with alfalfa and apples will be set up in wooded areas near the Black Hills in an effort to bring in mule deer does, whitetail bucks and whitetail does for the cull. The Public Works Committee unanimously agreed to the plan to remove 150 deer for the 2017/2018 season following the completion of the city’s annual deer trend survey in October, according to the Rapid City Journal.

“Our main reason for doing this is to reduce those incidents (deer-vehicle accidents and landscape destruction) and improve the safety for those who are living, working and driving around Rapid City,” Biegler told the Journal.

This year’s cull requires shooters to kill 50 more deer than what the 2016/2017 season called for. Biegler did not know why this increase occurred, but said, “I’m not a game specialist, but it could be a number of things. It could be the drought bringing more deer into the urban areas or it could be just a natural spike in population.”

By the end of January, the cull will be complete and residents can assume that there will be fewer problem deer in their city.