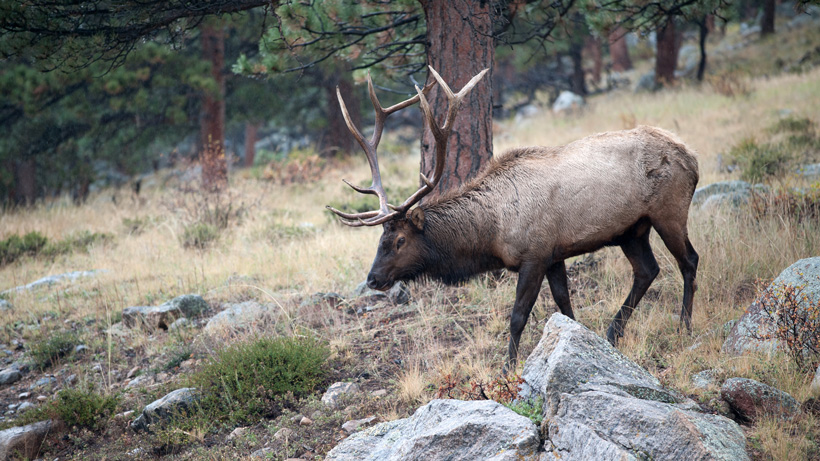 If you hunt in South Dakota, you may want to weigh in the latest draft elk management plan. The plan, which was released this week by the South Dakota Department of Game, Fish and Parks (SDGFP), will “guide the agency’s decisions about elk harvests and management for the next five years,” according to the Black Hills Pioneer.

The draft plan requires elk winter population objectives to be between 6,000 and 8,000 animals within the state or, specifically, 2.1 to 2.8 elk per square mile in the Black Hills. Within Custer State Park, elk numbers are higher at about 4.5 to 5.5. elk per square miles; however, elk in Custer State Park also have a lower population objective – between 700 to 900 elk – due to chronic wasting disease (CWD) concerns. With about 500 resident elk in the park, when the agency collected 78 harvest samples between 2013 and 2020, 28% tested positive for CWD and, within the larger area of the Black Hills, roughly 1.3% of the total harvest samples tested positive for CWD.

“Because of concerns we have with chronic wasting disease that is spread form animal to animal contact, we didn’t feel it was appropriate to manage for higher density,” said Lindbloom.

The state is also aiming for a “minimum hunter success rate of 75% across all hunting zones,” according to the Black Hills Pioneer. This number is higher than prior years where the success rate hit about 60%. Under the draft plan, bull elk harvest objectives would be managed so that bulls at least four years old and older would be harvested within the Black Hills and Custer State Park.

“We think we’re in a good spot right now for elk,” said Lindbloom. “We want to set our objectives and threshold to try and keep where we’re at now.”

Yet, Commissioner Travis Bies had some concerns about the proposed strategy.

“About 15 years ago I approached the Game, Fish and Parks commission about over harvesting our bulls,” said Bies. “I want to put caution out there. I’m all for getting more bull hunters out there and more hunters in the field. The last time we did this we raised the number of licenses and our quality went down, and our trophy status on bulls in the Hills disappeared. I don’t want to over harvest those mature bulls. That’s why people wanted to hunt there so bad is because of the quality of the hunt we have. I don’t want to see it go too far down.”

SDGFP will collect public comments on the draft plan until the end of August. The game commission will discuss the proposed changes during its September meeting.