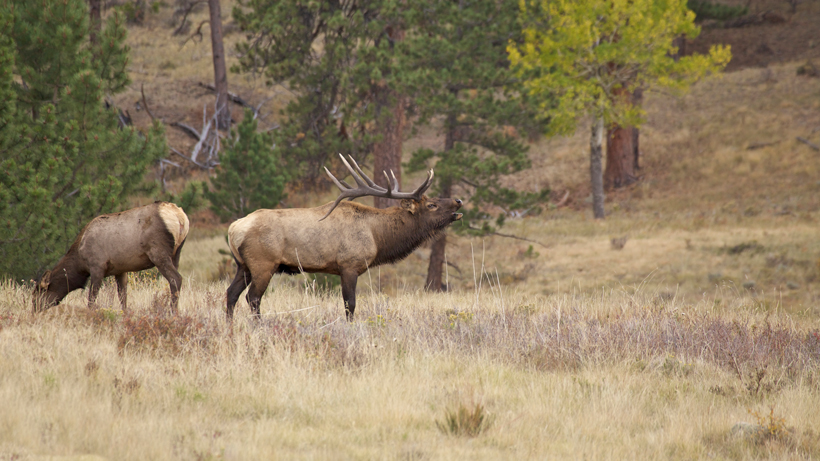 South Dakota ranchers are angry over the number of elk contingency licenses recently issued across four units, especially because they were involved in the creation of the new elk management plan in 2015. South Dakota Game, Fish and Parks (SDGFP) announced this week that there would be 20 of these licenses in units that span both public and private property, the Black Hills Pioneer reports.

The elk contingency licenses are used to “reduce the elk population in areas that have been heavily affected by drought,” said Andrew Norton, SDGFP senior big game biologist. There is not set location for where these licenses are issued. Basically, it’s based upon where the elk are “relative to the department’s objective” so that the elk population can be reduced “in order to improve grazing conditions on forest service land that ranchers lease.”

Yet, Aaron Thompson, president of the Spearfish Livestock Association, Eric Jennings of the S.D. Cattlemen’s Association and Casey Miller of the S.D. Stockgrowers Association vocalized their opposition to the number of contingency licenses issued during the last Game, Fish and Parks Commission meeting. All three served on the stakeholders group during the creation of the state’s elk management plan. Now, they say that 20 licenses aren’t enough to cover the lost forage. And, in fact, when compared to how much ranchers have to reduce grazing because of drought (10% in the Northern Black Hills and 5% for the forest in general), Thompson called the number “beyond insulting.”

“So, on the one hand you have the ranching industry that has their livelihood at stake in the matter, taking a forest wide 5% reduction in numbers,” said Thompson. “On the other hand, is the department suggesting that 20 additional tags scattered across the forest is adequate to mitigate over grazing?”

However, according to Norton, the number of contingency licenses were determined using data from the Natural Resources Conservation Service (NRCS) and information from the U.S. Forest Service, which resulted in a total of five contingency licenses for each of the four elk units in the Central and Eastern Black Hills. NRCS models from Aug. 15 showed “forage production estimates were 80% to 92% of normal within the elk management units,” according to the Black Hills Pioneer. The additional 20 licenses add 4% to the 490 antlerless elk licenses already issued in the Black Hills, allowing SDGFP to hit the 6,000 to 8,000 population objective as underlined in the current elk management plan.

Further, Norton said that “the contingency licenses are not being issued in the Southern Hills because while the elk population was 90% higher in 2020 than it was in 2016, drought conditions are not as severe,” which makes landowners in those areas “nervous” because they “are aware of the damage elk can do.”

Northern Black Hills elk herds are 40% below objective, leading Norton to say that “we’re going to want to increase elk in there, and we’ll be less likely to want to allocate contingency licenses there.”

“We’re trying to be specific about where we harvest these elk,” said Norton. “I will point out that two years ago when we flew, we were at 6,500 elk with an objective of between 6,000 to 8,000. If the current elk population was above objective, more contingency licenses would have been recommended, but because we are already below objective in some units, fewer licenses were recommended. As a result of elk numbers being below objective in the Northern Black Hills the past two years, less grazing competition with cattle from elk has already occurred in these units, which will mitigate losses to forage as a result of drought conditions.”

Thompson remains adamant that the number of licenses is too small.

“Our intent was never to beat down elk numbers for no good reason,” said Thompson. “The blinding disparity between the livestock industry’s response to this drought and the Department’s response to this drought cannot be explained away by quibbling over details, pointing to the NRCS forage availability calculations or any other manner of squirming. The discrepancy in response between livestock’s 5% reduction and the department’s suggested herd reduction of .267% is too great for this to be explained by flawed data and miscalculation.”

Because of these discrepancies between stakeholders and wildlife officials, the commission has recommended that SDGFP talk to these producers before announcing plans to the public.