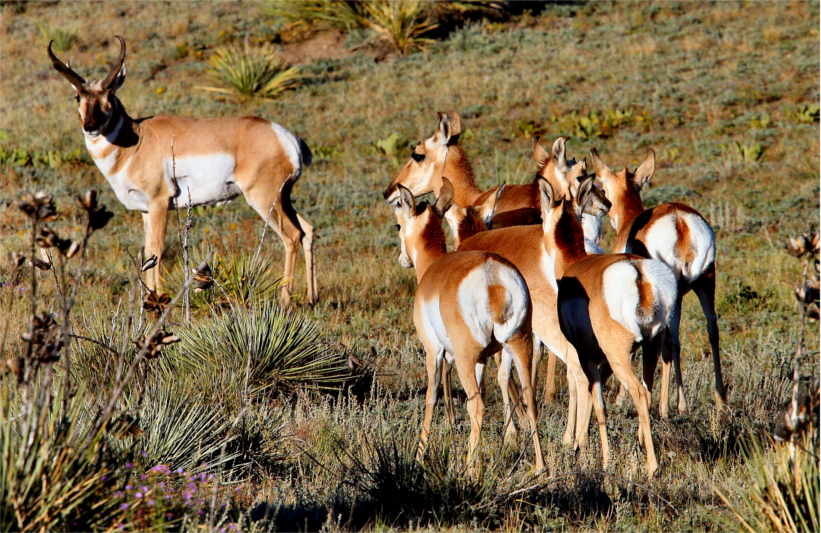 A small and localized New Mexico resident antelope herd of roughly 200 animals might be decreasing in size. Following the capture and collaring of 58 fawns in May and June in Lincoln County (Units 18, 36, 37, 38) biologists with the New Mexico Department of Game and Fish (NMDGF) and Texas Tech University (TTU) discovered that over 50% of the fawns had died — not due to collaring, but due to predation and the lack of cover during fawning. Antelope in other areas of New Mexico are doing very well.

“Based on what we’ve seen during past surveys, the numbers don’t surprise me. It’s consistent with the survival rates over the last five to 10 years,” says NMDGF deer and antelope biologist Orrin Duvuvuei. According to the Ruidoso News, bobcats killed 12 fawns, coyotes killed 11, 15 were dead due to unknown causes and one “due to failing to cross a fence.”

This steady drop in antelope numbers coupled with high fawn mortality over the past five years has spurred NMDGF and TTU to partner again in order to “address low antelope fawn survival rates in south-central New Mexico,” according to the Ruidoso News.

Duvuvuei hopes that the project will help biologists figure out ways to improve overall fawn survival. NMDGF has been trying to boost certain herds for years, most recently relocating 152 antelope to the area over the past three years, but without a way to boost fawn survival, the chances of increasing the herd size are lowered. Hopefully this project will be a positive solution for the future of New Mexico antelope.