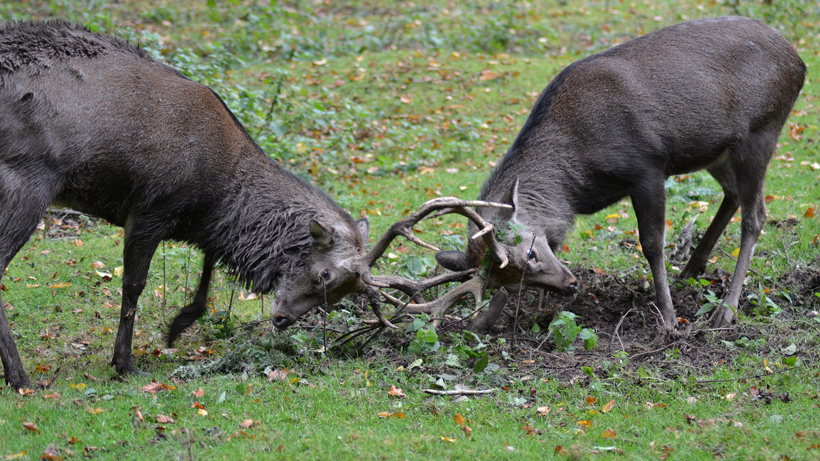 New Yorkers, ever want to hunt a sika deer? Well, now you might have your chance. The New York Department of Environmental Conservation (NYDEC) is asking licensed hunters to help them remove these non-native deer before they infect the state’s native whitetail deer with chronic wasting disease (CWD). The exotic deer, native to Japan and Eastern Asia, have been “spotted in the central part of the state” multiple times via trail camera, Fox News reports.

Jerry Grigonis, a Fulton, New York resident, told Fox News that he first spotted the odd-looking deer, which is actually considered part of the elk species when checking his trail camera in Granby, a town located in Oswego County, last November. Sika deer are not usually found in the state (aside from a private hunting preserve on Long Island) and are primarily only in Texas, Virginia, and Maryland, according to Fox News.

Due to the possible threat of CWD, the NYDEC is asking licensed hunters to kill any sika deer they happen to locate. Sika deer can be easily distinguished from native whitetail due to their fur color and weight: they have a white-spotted dark brown or black coat and weigh between 70 and 90 lbs.

If a hunter does kill a sika deer, NYDEC wants that deer tested for CWD. For more information on the state’s CWD plan, click here.