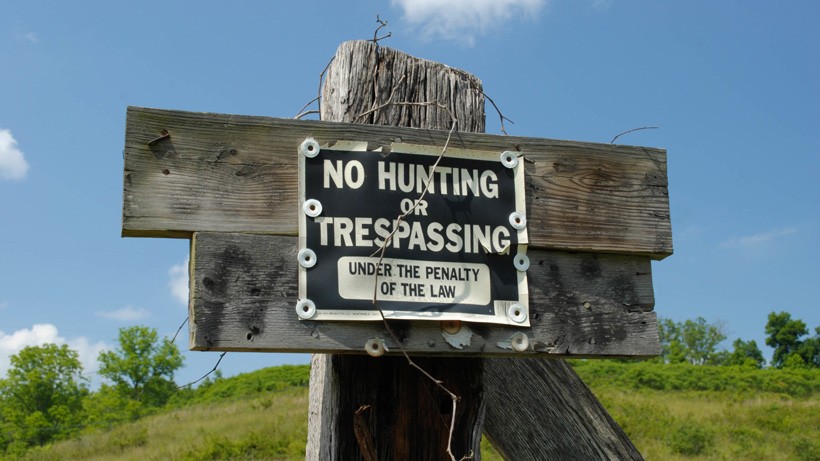 It may be open season for shed hunting in Utah, but not if you decide to do it on private property without permission. Last week, Utah Division of Wildlife Resources (UDWR) officers were tipped off that three men were gathering shed antlers without permission in the Chalk Creek area in Summit County, according to the agency. Officers arrived at the scene and when the men returned from gathering 30 antlers – 19 elk, seven deer and four moose – officers were waiting for them at their truck to cite them for not having written permission to shed hunt on that piece of property.

“The area where the men entered is clearly marked with ‘no trespassing’ signs,” UDWR Conservation Officer Jeremy Wilcox said. “They told me they knew the land was private property, but they spotted an elk shed off the road and said ‘they couldn’t resist’ getting it. They then remained on the property for hours, scouring the area for more antlers.”

According to UDWR, the bounty of sheds collected would have fetched about $1,500 – if the men had been allowed to keep them. Instead, they were required to turn over the antlers to UDWR and now face fines up to $680 each for the unlawful take/possession while trespassing. There’s also the possibility that the men could lose big game hunting privileges in the state for three years as well as other states that honor the Interstate Wildlife Violator Compact.

“We’re patrolling and people are watching,” Wilcox said. “Please don’t trespass on private property to gather shed antlers. It’s illegal, and the price you could pay just isn’t worth it.”

For an overview of shed hunting tips and regulations, click here.