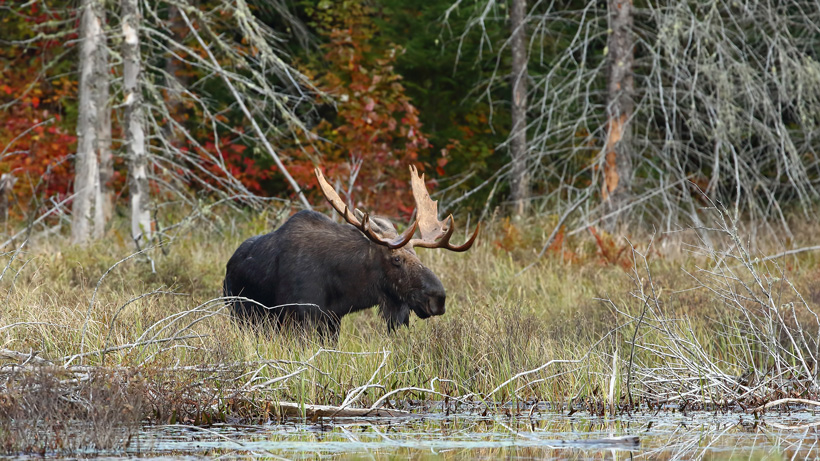 Montana Fish, Wildlife and Parks (Montana FWP) has confirmed chronic wasting disease (CWD) in a second bull moose in Northwest Montana. The moose was harvested in the Libby CWD Management Zone and killed during the last week of general hunting season near Fawn Creek, the Lake County Leader reports.

As goHUNT previously reported, the first moose to test positive for CWD was killed in October by a hunter near Pulpit Mountain west of Quartz Creek and north of Troy—less than half a mile to the west of the existing Libby CWD Management Zone. Montana FWP first detected CWD in this area in the spring of 2019 and ramped up efforts to carefully monitor the spread of the disease by holding “special” CWD hunts and creating CWD management zones. Since then, 61 whitetail deer, two moose and one mule deer have all tested positive for CWD within the Libby area.

“FWP is working with the city of Libby as it considers an urban deer management plan that would reduce the density of deer in the Libby Survey Area and hopefully reduce the prevalence and spread of CWD,” said Montana FWP Region 1 Wildlife Manager Neil Anderson.

According to the Lake County Leader, the moose sample was taken on Dec. 1 at a Libby sampling station off US 2 and sent to the Veterinary Diagnostic Lab at Colorado State University. The lab completed two tests on the sample, confirming CWD on Jan. 17.

For the 2020 hunting season, Montana FWP is proposing some changes that would only be valid within the Libby CWD Management Zone. These include an over-the-counter, either-sex whitetail deer B license for archery and general hunting seasons to “increase overall harvest” of whitetail deer inside this management zone “with the goal of reducing the spread of CWD,” according to the Lake County Leader.

This proposal will be reviewed by the Fish and Wildlife Commission during its February meeting.