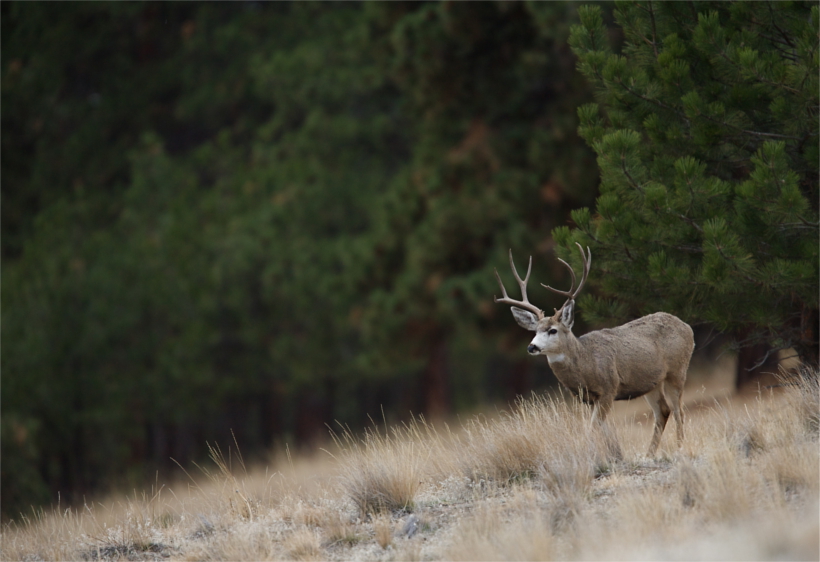 While wildlife biologists often use technology like GPS tracking collars to keep tabs on mule deer, some have recently discovered a unique way to pattern deer behavior using NASA satellite data. A study conducted by Utah State University discovered a correlation between vegetation growth and mule deer fawn birth and researchers have used this information to forecast when fawns will be born.

"We have never tracked the deer population this way, and we had never been able to predict it with such precision," says David Stoner of Utah State University, who is the lead author of the new study published last month in the journal PLOS-ONE. "We can estimate the start and peak of the season using satellite imagery, and then we can map and predict when the deer are giving birth in any given region."

To maintain sustainable deer populations while also allowing deer hunting, it’s important for biologists to keep track of mule deer populations. What makes this study so interesting is that it allows researchers the ability to monitor mule deer in hard-to-reach areas that may have been previously overlooked.

Stoner and his team of scientists divided mule deer habitat that ranged from southern Idaho to central Arizona into three zones. Using a tool called the Normalized Difference Vegetation Index (NDVI), which measures the “greenness” of the area, they were able to track vegetation growth and compare it to previous drought or wet years; scientists then used this data to “mark the beginning and peak of the plant growing season – and the fawning season,” according to NASA.

Using remote sensing to track wildlife is the next alternative. This research is particularly timely because wildlife populations are shifting in response to climate change and other environmental factors, such as drought. In fact, the study has garnered the interest of other biologists who study similar aspects of wildlife behavior.

"This kind of applied research is very important for making remote sensing data relevant to wildlife management efforts," says Jyoteshwar Nagol, a researcher at the University of Maryland.