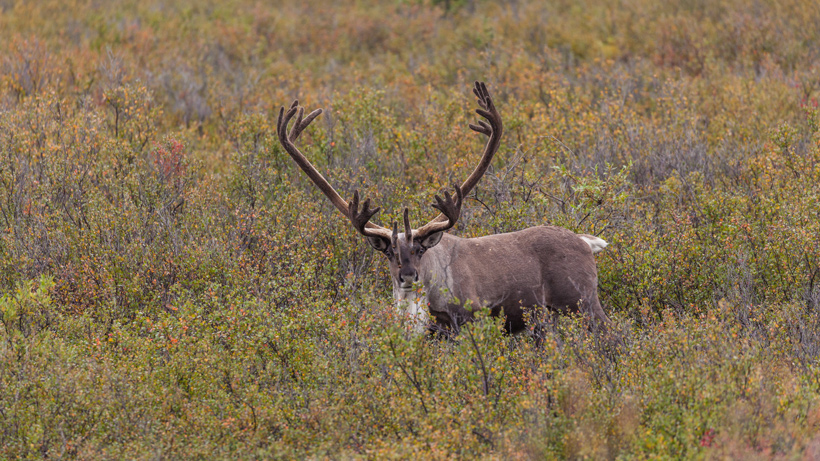 The same deadly pathogen that has caused massive die-offs across the West has spread to more animals in Alaska. Mycoplasma ovipneumoniae, or Movi for short, is a respiratory bacteria that was previously detected in Dall sheep and mountain goat populations within the state. Now, scientists have linked a recent caribou death to the same bacteria and confirmed the presence of the disease in healthy moose and caribou. This means that the disease “previously thought to be host-restricted” can move from one species to another, according to the Alaska Department of Fish and Game (ADFG).

ADFG veterinarian Dr. Kimberlee Beckmen says that “these are novel findings of this organism, not only in species that are not related to sheep or goats, but also that it was found in apparently disease-free moose and caribou.”

In March, goHUNT reported on the confirmation of Movi in Dall sheep and mountain goats that otherwise appeared healthy. While not as prolific as other forms of bacterial pneumonia, according to ADFG, Movi has been confirmed in a bison in Montana, a mule deer in New Mexico and whitetail deer in the upper Midwest.

“Finding Movi in Alaska's wild sheep and goats, and now also in caribou and moose is groundbreaking,” says Bruce Dale, director of ADFG’s Division of Wildlife Conservation. “We obviously have much to learn about the extent and implications of this pathogen in Alaska.”

However, the Alaska Farm Bureau says it’s too early to draw conclusions about how widespread Movi is within the state.

“While this news is groundbreaking, this is not the time to have a knee-jerk reaction. Getting an accurate picture of Movi in wildlife is critical to understanding its impact,” says Alaska Farm Bureau President Bryce Wrigley. “These findings strengthen our belief that wildlife populations are not in immediate danger from our domestic animals.  Current findings indicate this pathogen may be endemic in our wildlife and has likely been in these populations for many years.”

A pilot study is still ongoing “to determine the prevalence and distribution of Movi in domestic sheep and goats, wildlife, and captive ungulates in the state.”