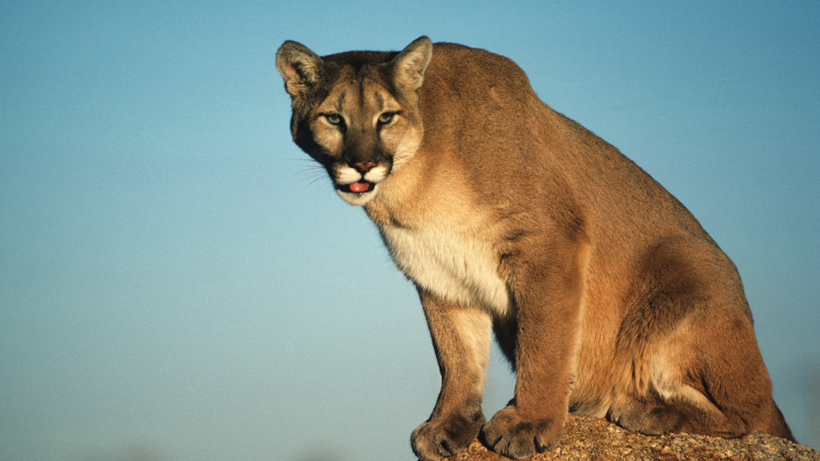 A Colorado trail runner is lucky to be alive after he was attacked by a mountain lion on the West Ridge Trail at Horsetooth Mountain Open Space near Fort Collins earlier this week. The man, who has not been identified, killed the mountain lion, which Colorado Parks and Wildlife (CPW) said was a “juvenile” and weighed 80 lbs, according to The Washington Post.

“The runner did everything he could to save his life,” Mark Leslie, northeast region manager for CPW. “In the event of a lion attack, you need to do anything in your power to fight back just as this gentleman did.”

According to NBC News, the mountain lion, whose body was found “within a few feet of some of the man’s possessions” attacked the runner, “biting his face and wrist and causing serious but non-life-threatening injuries.” A necropsy found that the man had suffocated the animal in order to get away, according to The Washington Post.

While mountain lion attacks are rare, they do occur, which means it’s important to stay vigilant if you’re in their territory. Ty Petersburg, a CPW area wildlife manager, said in a statement that “the lion’s hunting instincts were triggered by the runner.”

Fortunately, for the runner, he was able to defend himself and then get to an emergency room.

I am quite sure that you should not believe a ANY input to this article that was supplies by the Washington Post.

I guess that cat didn’t have Chuck Norris reflexes.

Glad the guy is okay for the most part. But he choked out a lion to death!!! Is the guy a MMA fighter part-time or just straight up the modern day grizzley adams

Fortunately the guy is okay. Yes, quick thinking with a strong drive for survival. If the lion had been a healthy, 150 lbs adult and not an 80 lbs juvenile the outcome would have been tragic. This young lion apparently didn't have a mother long enough to teach it how and what to hunt. Maybe she got hit by a car, died in a fight or who knows what? Such behavior is rare but does happen and is addressed in "Path of the Puma" by Jim Williams. As for a tattoo I think the lion gave him one or two.

That guy can now get his man card tattooed across his chest. He’s one bad hombré.

I have been sliced up by a disgruntled house cat, I can not imagine how shredded he is after wrestling a lion!

Dude choked out a lion?! Someone get the guy on a podcast.