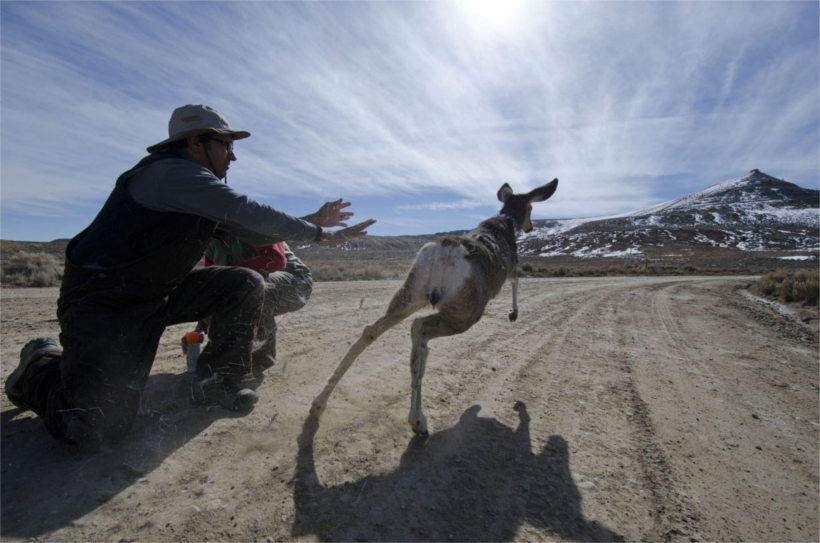 Wyoming researchers were stumped. Why were seemingly healthy fawns dropping dead? Over the past summer and fall, researchers have discovered a high rate of dead fawns among the Wyoming Range herd, one of the state’s largest mule deer herds and also the focus of a multi-year study conducted by the University of Wyoming (UW) to understand why herd numbers have drastically declined. The fawn study was added to the Wyoming Range Mule Deer Initiative, which began in 2010, after 36% of the collared fawns died.

Keith Monteith, an assistant professor at the UW, decided to test the fawns for a disease that he’d only stumbled upon before in California: adenovirus. To his dismay, the fawns tested positive.

Adenovirus hemorrhagic disease was discovered in California in 1993 and only 12 cases have ever been reported within Wyoming before now, says Hank Edwards, who is a wildlife disease specialist with the Wyoming Game and Fish Department (WGFD).  Adenovirus can “cause fluid to fill an animal’s lungs, intestinal bleeding, uncontrollable salvation and seizures,” according to the Casper Star Tribune.  There is no cure and the disease spreads orally between deer.

With only 15 cases discovered since August, researchers will continue to carefully monitor does and fawns over the next year to gather data in order to determine if adenovirus has invaded Wyoming or that the excessive fawn deaths were only a one-time incident. Right now, state biologists are remaining optimistic about the spread of the virus across the state.

“As far as the overall impacts on the mule deer herd, we don’t have any reliable assessment at this point,” says WGFD biologist Gary Fralick. “But it tells us that disease may be playing more of a substantial role in population dynamics than we previously thought.”

Joshua Coursey, president and CEO of the Muley Fanatics Foundation, feels that any information is good information. “It allows for some direction now through science that game managers can use in real time. To find something like this it is truly game changing.”