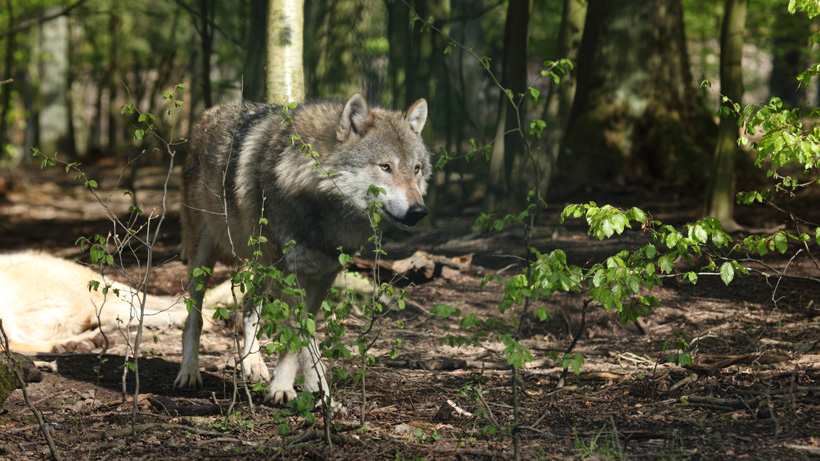 Mexican wolves are not as closely related to domestic dogs or gray wolves as previously thought. University of Arizona (UA) researchers recently completed a genetic analysis of Mexican wolves. They discovered that “98.9% of the Mexican wolf genome is specific to the subspecies,” according to a press release.

“It’s a question that’s been brought up since before the captive breeding population started,” said Bob Fitak., who wrote his dissertation on the Mexican wolf while working in the conservation genetics laboratory at UA. “Are we dealing with something that is actually a Mexican wolf, or is it something a bit different?”

Fitak’s dissertation and research will be published in the Journal of Heredity. It is the first study to “analyze the Mexican wolf utilizing genome enabling” – a process that allows researchers to compare genomic data from similar species. Prior genetic studies on this specific subspecies were hindered due to a lack of samples. Thanks to recent recovery efforts, researchers were able to genotype 87 Mexican wolves, which included the three original captive lineages, wolves born in the wild and a mixture of the two. Fitak examined more that 172,000 single nucleotide polymorphisms to draw the specific conclusion that Mexican wolves are, indeed, a separate subspecies.

The U.S. Fish and Wildlife Service (FWS) continues to move forward with Mexican wolf recovery efforts. The 2017 Mexican Wolf Population Survey discovered a lower number of Mexican wolves than was anticipated, which means that the subspecies is far from revitalization and still needs attention.

“This study, showing no hybridization with domestic dogs found within this population, was important because it again confirms the genetic purity of the Mexican wolf,” said Sarah Rinkevich, a FWS endangered-species biologist. “That genetic information is important to conservation efforts.”