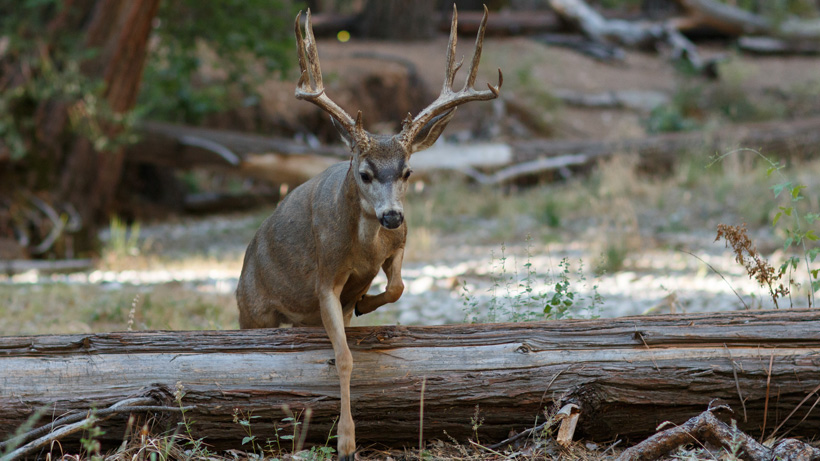 In mid-December, a team comprised of game wardens, biologists and volunteers from the Wyoming Game and Fish Department (WGFD), the University of Wyoming, the Bureau of Land Management and the Clear Creek Conservation District worked together to collect data from collared mule deer within the Upper Powder River herd. The goal? To re-capture the radio-collared deer to gather “ultrasound data to estimate the body fat percentage” of each one along with blood and fecal samples, the Laramie Boomerang reports.

The effort is part of an on-going study to determine why that particular herd is on the decline.

“Last year we deployed 70 radio collars,” said WGFD wildlife biologist Cheyenne Stewart. “We have 52 of those still out on live deer. So the goal is to re-catch those deer and to collect biological samples, but the key thing is to do ultrasounds to look at body condition.”

Since then, 19 of the radio-collared deer have died with chronic wasting disease (CWD) identified as the cause of death in eight of those deer, the Laramie Boomerang reports. Two additional deer died due to CWD-induced emaciation/predation; three others died due to non-CWD-induced emaciation/predation; two were “likely killed by mountain lions” and another two died from pneumonia. One deer died after falling from a cliff; another died due to an unknown cause.

The team plans to collar an additional 14 deer in this herd, which roams across hunt areas 30, 32, 33, 163 and 169 west of Kaycee, Wyoming. According to the Laramie Boomerang, each collar records a deer’s location every two hours for three years. This data is then used by WGFD to “assess mule deer survival, nutritional status, seasonal movement patterns, fawn recruitment and habitat use patterns.” The herd had about 10,000 animals in 2017; WGFD wants to increase that population to about 18,000 deer.

Blood and fecal samples will be used for genetic testing and bank storage “in case there are future questions that we want to get answered,” said Stewart.

“Deer were expected to be in better condition than they were, given the excellent spring and summer precipitation,” Stewart said. “We are concerned that poor nutritional condition is affecting fawn productivity and survival which is vital to a herd sustaining at a given level or increasing in number.”

Private landowners cooperated with the re-capture and data collection effort though volunteers were not able to re-capture all that were collared.

“We had a couple deer that we weren't able to capture; one deer, for example, had so much interference and static on her specific frequency that we were not able to use the telemetry equipment,” Stewart said. “ So we weren't able to get her. Then there were two that we didn't have permission from the landowner, so we didn’t catch them.”