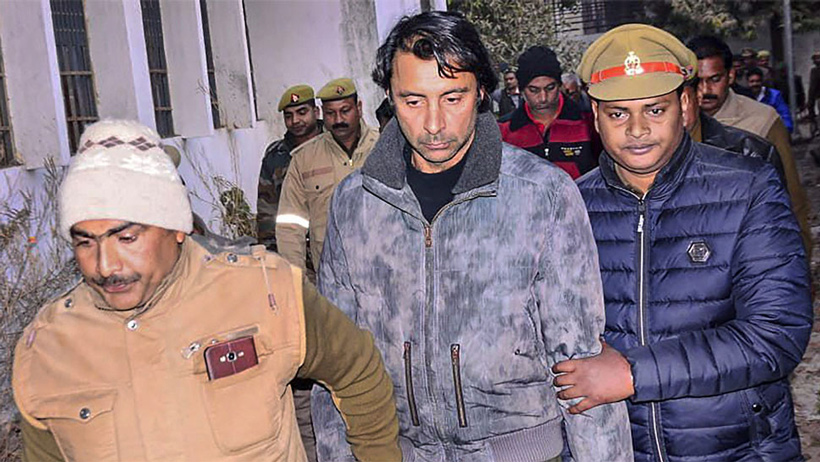 There’s no such thing as a mulligan for pro golfers charged with poaching. Last week, Indian professional golfer Jyoti Randhawa and his caddie, Mahesh Virajdar, were arrested and charged with illegally killing animals at the Dudhwa Tiger Reserve in New Delhi after officials tracked Randhawa for three days due to “suspicious movement,” Golf Digest reports.

“Our staff was on alert,” Ramesh Pandey, field director of the reserve, told the Times of India. “We had this tip-off that a few people are roaming around in the area and their moves appear suspicious.”

Randhawa, who was ranked a top-100 golfer in the world as of 2009, was caught red-handed when his Isuzu pickup was pulled over and searched by forest officials, range staff and members of the Special Tiger Protection Force. In fact, according to Zee News, he was in possession of “a dead bird, the skin of a boar, a .22 rifle, binoculars, three empty cartridges, 80 live cartridges, magazine, rangefinder, two mobile searchlight torches, and 36,600 rupee (just over $500) in cash.” Later, it was discovered that it wasn’t a skin of a boar, but rather that of a sambhar deer, according to the Times of India. 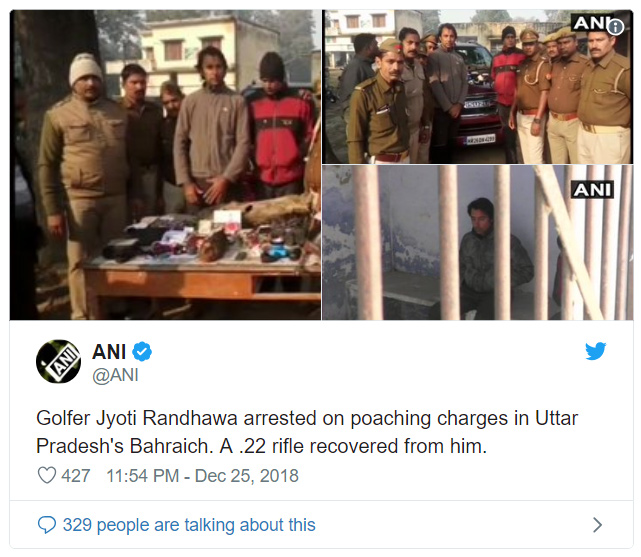 Randhawa and his caddy are currently in jail. Both were charged under the Wildlife Protection Act of 1972 and the Indian Forest Act of 1927 and both were denied bail. According to Golf Digest, Randhawa is best known on the Asian and European circuits with 16 professional wins and six major championship appearances.

This is probably not the type of publicity he was after.

I have lived in 5 nations and visited over 50. The United States is unique in the application of wildlife laws. Concepts on conservation, wildlife management and ownership of wildlife rarely are the same globally. Cash is king in India, and pretty much everywhere else.

This will all go away with an exchange of cash. Its how things work over there.