Backlash erupted mere hours after Larysa Switlyk posted several photos to social media documenting legal hunts on Islay and Ardnamurchan in Scotland. The photos showed Switlyk, host of the show “Larysa Unleashed,” with four dead stags, two wild goats and one curly-horned sheep. Thousands of comments from those outraged at Switlyk’s pictures have now resulted in a call from Scottish politicians to review the country’s hunting laws, USA Today reports. 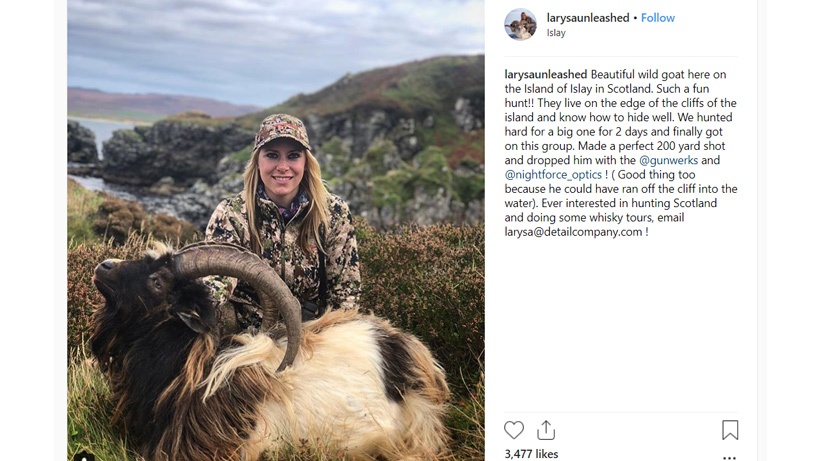 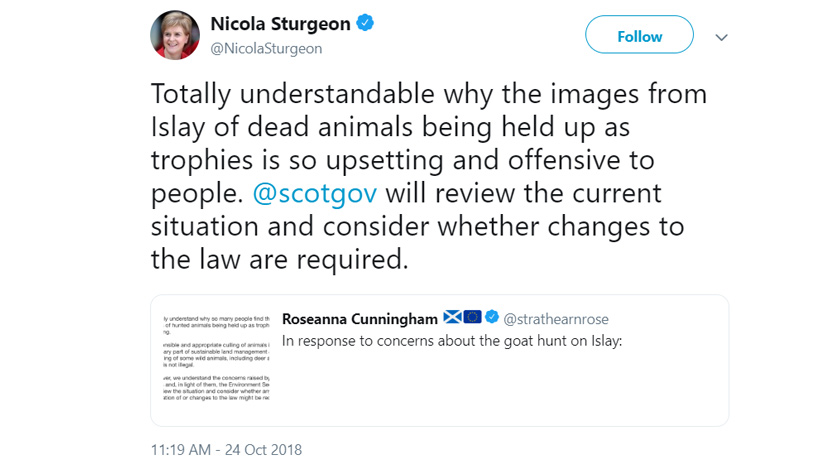 National Sheep Association Scotland chairman John Fyall told the Scottish Farmer, “This is a concern. I would say that it looks like a farmed sheep has been killed for sport and that is not what we keep domesticated sheep in pastoral systems for.”

According to USA Today, there are about 3,000 feral goats in the country and deer are considered an invasive, non-native species. It is legal to hunt both in Scotland and the practice is used as a management strategy. In fact, the Scottish Country Sports Tourism group says that the “chance to stalk and shoot wild goats in Islay, Dumfries and Galloway” as well as parts of the United Kingdom is worth nearly $200 million. However, Roseanna Cunningham, Scotland’s environmental secretary, said she would “review relevant laws.”

Since posting the images, Switlyk has unsurprisingly received multiple death threats. An advocate for the relationship between hunting and conservation, she posted the following image on Instagram in response to these comments: 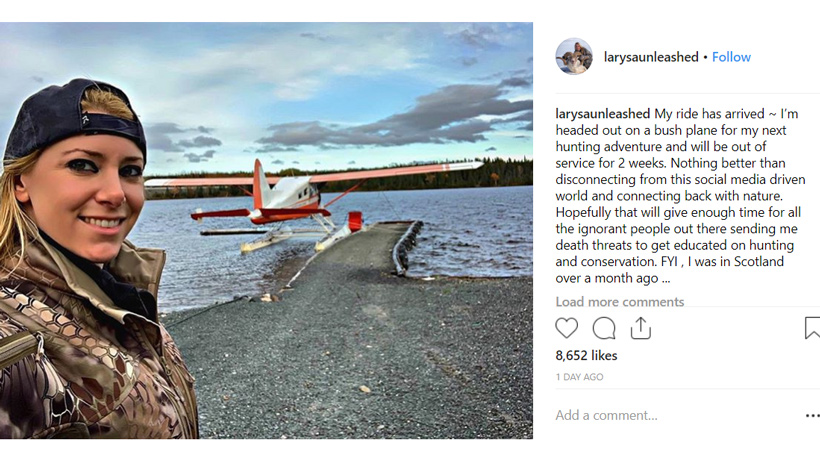