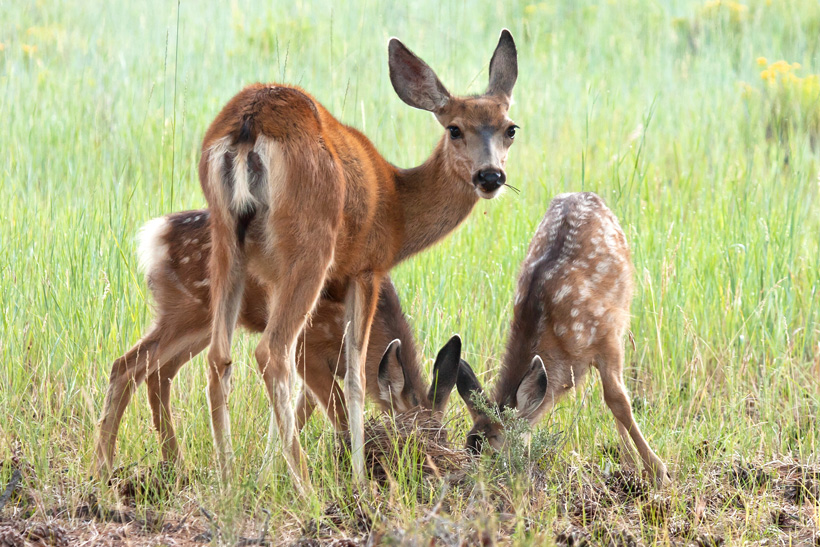 Arizona Game and Fish Department (AZGFD) officials came upon an incredibly gruesome poaching crime scene when they responded to a report of a dead doe near Chino Valley last week. Wildlife officers found the deer’s carcass along with two full-term fawns discarded in the gut pile. The carcas had been dumped after the desirable meat had been removed.

"The residents of Arizona lost three deer with this one criminal act," says Zen Mocarski, information and education program manager for the Game and Fish Region 3 office in Kingman. "The fawns were simply discarded as the poacher or poachers were field dressing the doe."

According to AZGFD, authorities were able to collect some evidence at the scene of the crime and believe that the doe was killed east of Chino Valley behind a subdivision last Sunday night, but officials are looking for more information in the case. The Operation Game Thief program is offering a $1,000 reward for help in locating those responsible for this heinous crime. Anyone with information can call the hotline at 800-352-0700 or visit www.azgfd.gov/thief. Make sure to reference case number 15-001965.

"Maybe someone saw something and didn't think too much about it," says Mocarski. "Or, maybe someone overheard someone talking about it or saw something on social media. The department needs this information to try and bring those responsible to justice."