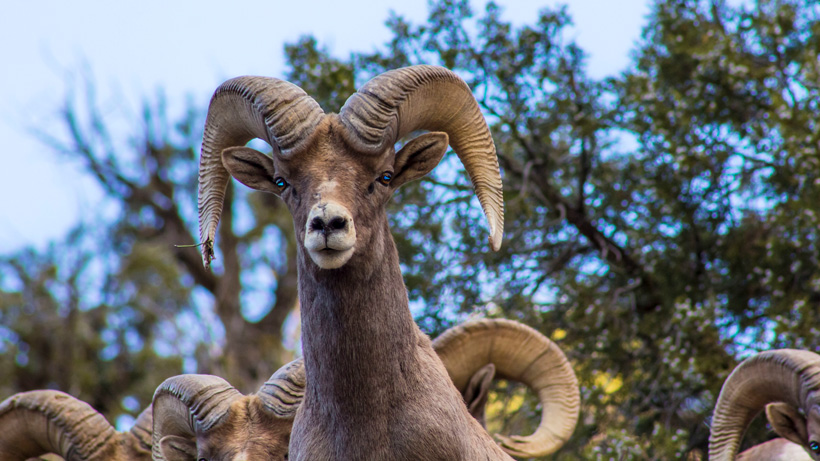 The health of Oregon’s Lookout Mountain bighorn sheep is unclear after a unique strain of pneumonia was found within the herd. In February, biologists confirmed the presence of bacterial pneumonia in the 400-member herd in eastern Baker County. Now, Oregon Department of Fish and Wildlife (ODFW) is carefully monitoring the herd in order to understand the overall impact and spread of disease, the East Oregonian reports.

Established in the 1990s, the Lookout Mountain herd is considered “one of the more successful transplant projects” and the bighorn sheep “have thrived in the steep canyons on the breaks of the Snake River, spreading for many miles both south and north of the release spot along Fox Creek,” according to the East Oregonian. Until last February, when a dead bighorn ram was found on the Snake River Road near Connor Creek. It tested positive for a different strain of Mycoplasma ovipneumoniae bacteria that previously had not been found in the state. While there are over 50 strains of this bacteria – each with “varying levels of lethality” – the agency decided to cancel both of the bighorn sheep hunts slated for summer and fall in the Lookout Mountain unit, according to the East Oregonian. The once-in-a-lifetime hunts offered up three tags: two for resident hunters and one for a nonresident.

Of course, it’s difficult for biologists to monitor the Rocky Mountain bighorn sheep as they roam steep elevations during the spring and summer. However, an absence of lambs has been noticed. Ratliff said that ODFW “confirmed just two lambs this spring in the herd, which had about 250 ewes in the 2018 count.” In order for the herd to maintain a healthy population, there should be a minimum of 20 lambs per 100 ewes and, for the Lookout Mountain herd, previous averages were 38 lambs per 100 ewes with a high of 67 per 100 and a low of 24 per 100, according to the East Oregonian.

According to Ratliff, “This year’s lamb crop is in effect zero,” likely due to the lambs susceptibility to the disease.

Biologists are still trying to determine where the disease came from as well as a strategy on halting the spread within the Lookout Mountain herd. Right now, they are deliberating between several different scenarios to lethally remove suspected infected animals.

And, unfortunately, some action will need to be taken.

“Bighorn sheep are susceptible to a lot of things,” said Ratliff. “They’re not the strongest species out there.”