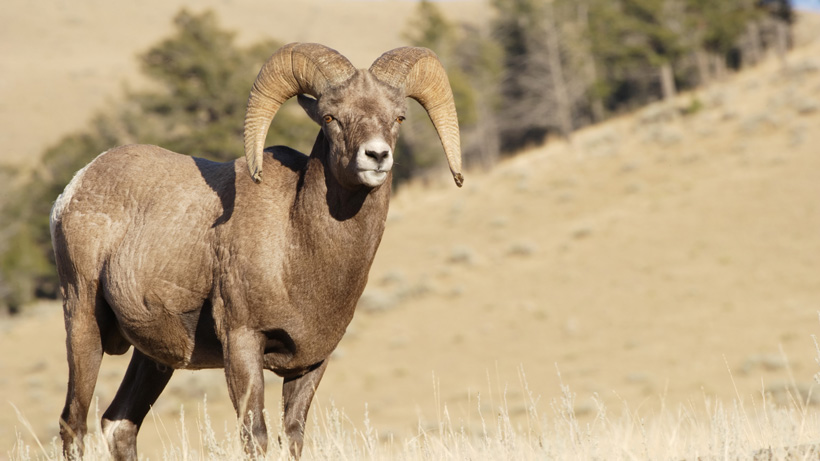 The future of Nebraska’s Pine Ridge bighorn sheep herd is shaky. Last week, biologists confirmed that all 21 lambs outfitted with tracking collars have died. Samples taken from the dead sheep link the casualties to pneumonia – a deadly disease that has caused massive die-offs in bighorn sheep herds across the West.

As goHUNT previously reported, biologists collared newborn lambs and implanted pregnant ewes in order to track the disease and death among the herds. While pneumonia may be the culprit behind high fawn mortality within this region of northwest Nebraska, scientists want to figure out which pathogens are actually causing the disease.

“We obviously have some deadly pathogens in the herds that are wreaking havoc,” Todd Nordeen, the Nebraska Game and Park Commission’s big game research and disease program manager, told NBC Nebraska. Nordeen adds that most of the lambs died within four to 57 days after birth with many dying from disease in 30 to 45 days.

Only one lamb – which was not collared – appears to have survived.

“Without any lambs our herd sizes in the Pine Ridge are going nowhere but down,” says Nordeen. “If we don’t do something, we won’t have bighorn sheep in northwest Nebraska.”

However, before they can figure out an action plan, they need to know what they’re up against. For now, researchers wait for the laboratory results from the pathology report. Identifying the bacteria that is causing the pneumonia will help them determine a way to retaliate against the disease and, hopefully, save bighorn sheep herds within the state.

Well that shoots my theory down.
That is a difficult situation the NPW is encountering. Hopefully they figure something out.

Cory C - in another article, it was pointed out that all the lambs died last year also, when no collars were used.

All of the collared lambs died and the one that didn't get collared survived? Any chance the stress of collaring the lambs played a part in stressing them out and lowering their immune system causing them to be more susceptible to not being able to fight off simple viruses. Thus possibly turning into pneumonia? Im no biologist, but something sounds fishy.