Permits not required for domestic sheep or goats in Alaska 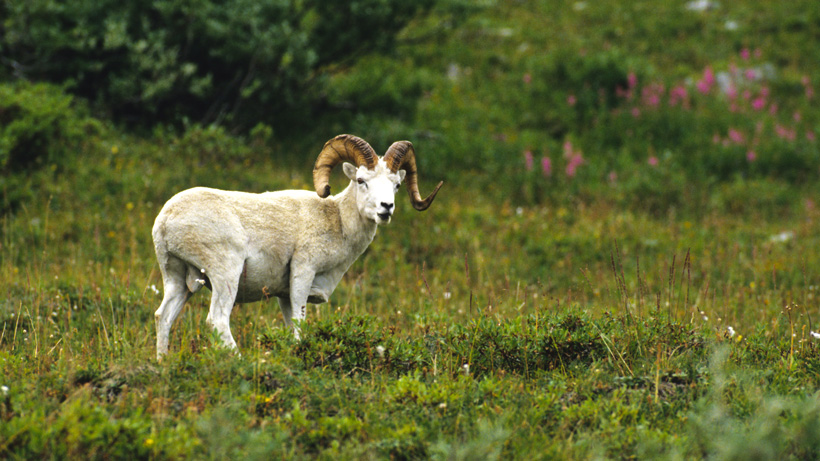 Domestic sheep and goats have free reign in Alaska following a decision by the Alaska Board of Game (ABoG) this week that doesn’t require owners to obtain permits for their animals. The board voted in favor of taking no action on the proposal that would remove domestic sheep and goats from the state’s “clean list” and require “individual permits for each animal, complete disease testing” and require strong fencing around pens located “within 15 miles of established [wild] sheep habitat,” the Peninsula Clarion reports. Instead, the board advised domestic sheep and goats owners to continue with voluntary disease testing.

As goHUNT previously reported, the controversial pack animal permit proposal was introduced by the Alaska Wild Sheep Foundation (AWSF) as a way to protect wild sheep from disease that has impacted wild herds across the Lower 48 and caused massive die-offs. Mycoplasma ovipneumoniae, which causes the bacterial disease, is linked to domestic sheep and goats. By requiring owners to obtain permits and complete disease testing, it would limit the impact and spread of this disease to Dall sheep and mountain goats that roam the state.

“This proposal will be a good start to prevent the spread of disease in to wild sheep populations,” AWSF wrote in the proposal. “Hobby farming is growing rapidly in Alaska including areas that would be considered Dall sheep habitat. Entire populations of bighorn sheep (in the Lower 48) are presently being eradicated due to these unintentional disease transmissions.”

The proposal was shelved in 2016 by the ABoG after agricultural groups rallied against it; however, the issue was only tabled until this month in order for groups to work out a compromise or different solution that benefited both sides. While a livestock-working group met to discuss a voluntary study to test domestic sheep and goats for disease in the interim, the ABoG decided to vote in favor of taking no action at this time. Following their decision, they did request that the AWSF as well as sheep and goat owners “continue voluntary testing and report back in a year to show that the communication of disease was still under control,” the Peninsula Clarion reports.

Board chairman Ted Spraker says that he wants a more formal report focused on the testing data before making a final decision.

“If this (disease) falls through the cracks, it’s going to be on us in this room right now who let this happen in our state,” says Spraker. “I don’t want to be part of that.”