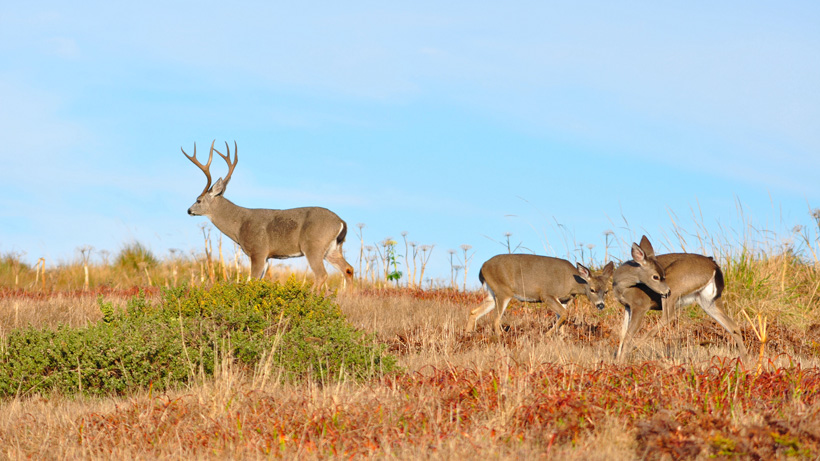 Over a year later, an Oregon man has been sentenced for shooting a deer in a neighborhood. Dustin McGrorty shot the deer from his pickup truck in Ashland, leaving behind a bullet hole above the front door of a resident’s home, according to KDRV News.

Oregon State Police (OSP) were notified of the crime when an Ashland resident who tried to ask McGrorty about the dead deer called OSP after watching McGrorty load the deer into his truck. The tipster was able to report McGrorty’s license plate number and make of truck. The resulting bullet hole was discovered upon further investigation of the scene, which led an OSP trooper along “a short trail of blood” that ended at a “nearby home and a row of hedges along the street,” KDRV News reports.

“This evidence along with the reporting party’s observations, showed that the suspected deer may have been shot while bedded down next to a house and loaded into the pickup while parked on the street,” said OSP.

Once troopers located McGrorty and asked him about the incident, “faced with the evidence and resident observations,” McGrorty confessed to the crime and admitted to “dumping the buck and rifle…along the Tiller/Trail Highway after the shooting.”

Troopers were able to recover both.

“The male stated he shot from inside his vehicle while knowingly parked on a city street in Ashland,” said OSP.

According to KDRV News, McGrorty pleaded guilty and was sentenced to two years of bench probation, a five-year suspension of hunting, fishing and trapping and 80 hours of community service. He had to forfeit his weapon and hunting gear and was issued a prohibition against possessing firearms during his probation. He also had to pay $8,420 in fines.