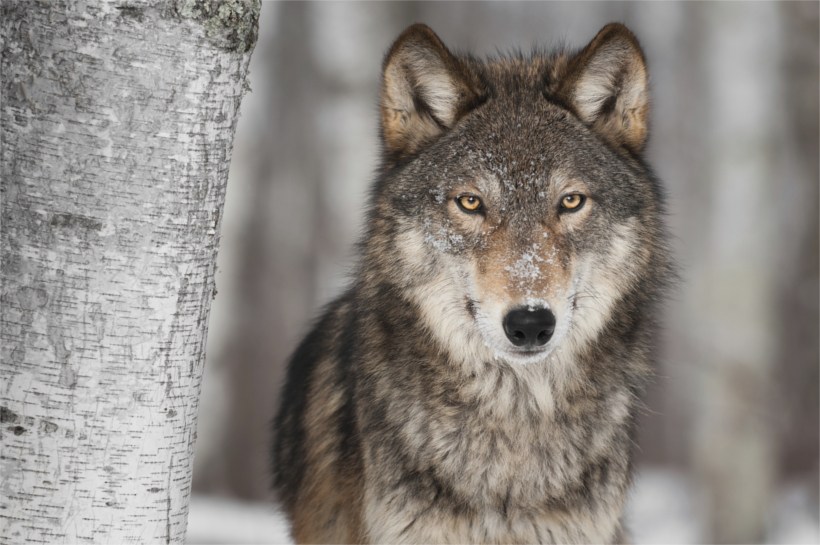 There is only one female left of the East Fork wolf pack in Denali National Park in Alaska – and she may have pups. Officials have staked out her den, but since her mate was legally killed this month on state land, they’re worried that she may not be able to feed herself or her pups. As the sole survivor of this storied pack, Alaska Department of Fish and Game (ADFG) biologists are considering a rescue mission to save the pups and their mother.

"We have people that would be happy to take them," says AFGC Commissioner Sam Cotten. "We'd be glad to help out but we don't know the fundamental question: Are there any pups?"

According to Alaska Dispatch News, there are three wildlife centers or zoos on a “wolf-request list,” which include the Minnesota International Wolf Center, the Vancouver Zoo and the Kroschel Wildlife Center.

While there are nine wolf packs within the park, overall wolf numbers have steadily declined over the past three years and are at their lowest since 1987. Officials suggest that the decrease is related to mild winters, leading to low snowpack and the ability for wolf prey like moose and caribou, to find an easier refuge away from the wolves. Additionally, wolf hunting is allowed on designated land. The East Fork pack that roams the park boundary as well as some of the legal hunting and trapping areas has diminished to only 14 members over the past two years, according to the Alaska Dispatch News.

Biologists thought that with the legal kill of a pregnant female and her mate last year that the East Fork pack may have dissolved, but that appears to not be the case as this sole female has been discovered. Regardless, if she’s the only one left in her pack, the likelihood of her being able to feed herself and her pups is low.

Additionally, activists are proposing a no-hunting buffer on state lands bordering the park. In 2010, the Alaska Board of Game not only removed the buffer but also “banned any proposal on the topic for six years,” according to the Alaska Dispatch News. With the unknown status of the female wolf and her pups, this no-hunting buffer is being viewed in a new light. The board will have to consider this request at its 2017 meeting in Fairbanks.

Right now, the state is trying to confirm whether there are any pups in the den. Once that is determined, then, they can figure out what to do next. Denali’s wildlife tracking flights only happen every two weeks and, because this wolf isn’t collared, this is a tricky situation. Is this rescue mission worth the money to save one wolf or will this issue further divide pro and anti-wolf advocates? Some say to allow nature to takes its course...