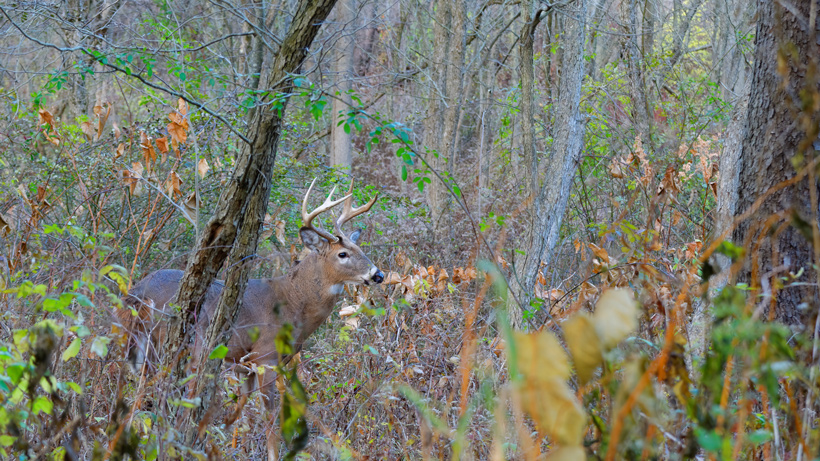 Dating can be tough, especially when you try to impress a guy by bragging about a “bigo buck” you poached and he turns out to be a game warden. That’s what happened recently to 24-year-old Cannon Harrison, who works as a game warden for the Oklahoma Department of Wildlife Conservation.

In December, Harrison received a message from a woman in his area via the dating app, Bumble; he responded to her simple “hello” by asking her “how she was doing,” The Washington Post reports. Her response – that she killed a “bigo buck”— surprised him. While he didn’t have his profession in his profile, McIntosh County, Oklahoma is pretty rural so he thought someone was playing a joke on him. 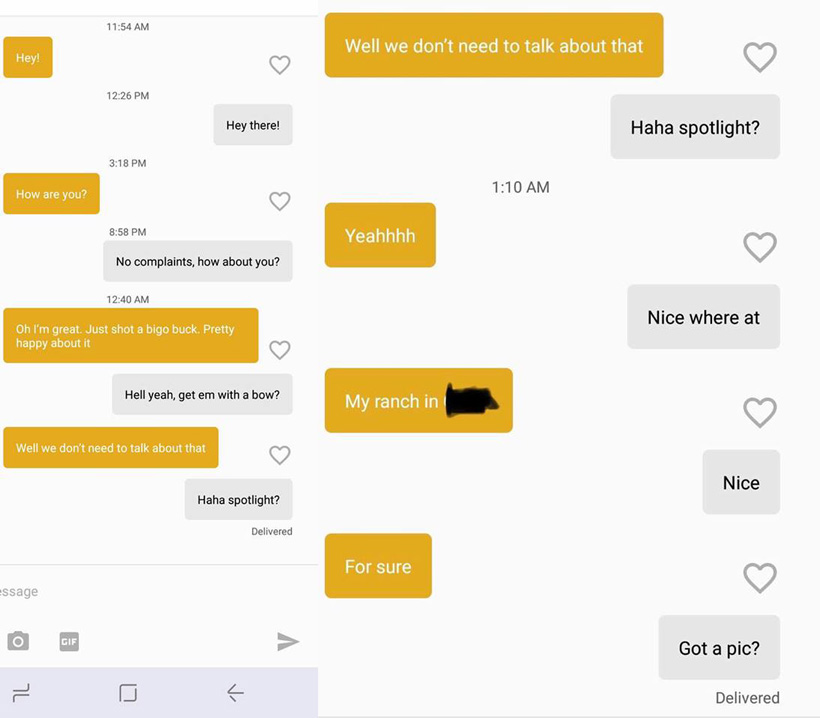 Screenshots of the communication between the poacher and game warden.

“Honestly, the first thing I thought was that it was someone who was messing with me because they knew who I was,” Harrison told The Washington Post. “It seemed too good to be true.”

Incredibly, that wasn’t the case and through a carefully calibrated conversation, Harrison managed to have the woman send him some photos as well as other details, including the fact that she had been spotlighting deer. Using her profile photo, he used social media to figure out the woman’s identity, Fox News reports.

Game wardens were at her door the very next day. According to Fox News, she and a companion pleaded guilty to the crime and were charged with the “improper possession of any illegally taken animal and taking game out-of-season.” She paid $2,400 in fines and managed to avoid other charges of “wanton waste of meat and spotlighting.”

Unfortunately, for Harrison, it wasn’t a love connection.

“You can’t just ignore a broken law that falls right in your lap but was kind of a bummer,” Harrison told Tulsa World. “She said it was her first deer ever, too.”