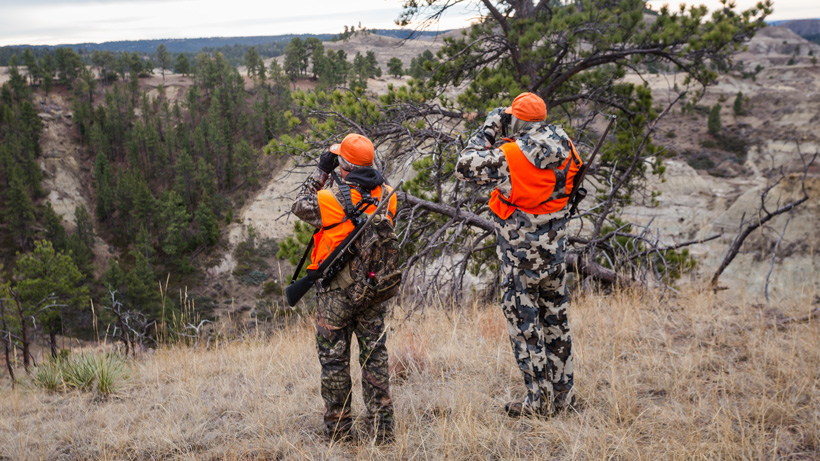 Fall leaves and crisp weather signal the start of one the most popular hunting seasons in our country. In fact, according to the U.S. Fish and Wildlife Service (FWS), 9.2 million hunters participate in big game hunting each year. While National Hunting and Fishing Day is celebrated every September 23, last week, Interior Secretary Ryan Zinke announced that October will now be known as National Hunting and Fishing Month “to recognize the lasting and positive impact of hunters and anglers on wildlife and habitat conservation in America,” according to a Department of Interior press release.

“​I grew up in northwest Montana surrounded by public lands and waters. ​Some of my best memories are hunting and fishing with my dad and granddad, and then later teaching my own kids to hunt and fish. That's something I want more families to experience,​ which is exactly why increasing access to public lands is so important,​" said ​Zinke. “Hunters and anglers are the backbone of wildlife and habitat conservation in America, ​and they contribute billions of dollars to conservation. From my perspective, the more sportsmen we have in the woods and waters, the better our wildlife and land will be. Formally recognizing the contributions of hunters and anglers to wildlife and habitat conservation is long overdue."

As goHUNT previously reported, FWS found that 40% of the U.S. population participated in some type of hunting, fishing or other wildlife-associated recreation in 2016, spending an estimated $156.3 billion on equipment, travel, licenses and fees, illustrating the popularity of outdoor recreation.

The declaration was officially signed during the grand opening of the Wonders of Wildlife Museum in Springfield, Missouri last week. Former Presidents George W. Bush and Jimmy Carter attended the event as speakers. Richard Childress, second Vice President of the National Rifle Association, will serve as honorary chair of Hunting and Fishing Day.

“Hunters, anglers, and target shooters are the best conservationists who contribute so much through the Pittman-Robertson and Dingell-Johnson Acts,” said Childress. “Last year, they contributed $1.2 billion toward conservation and protecting our natural resources. We need more mentors taking young people out and teaching them to hunt and fish, so I’m glad Secretary Zinke is promoting hunting and fishing at the federal level.”