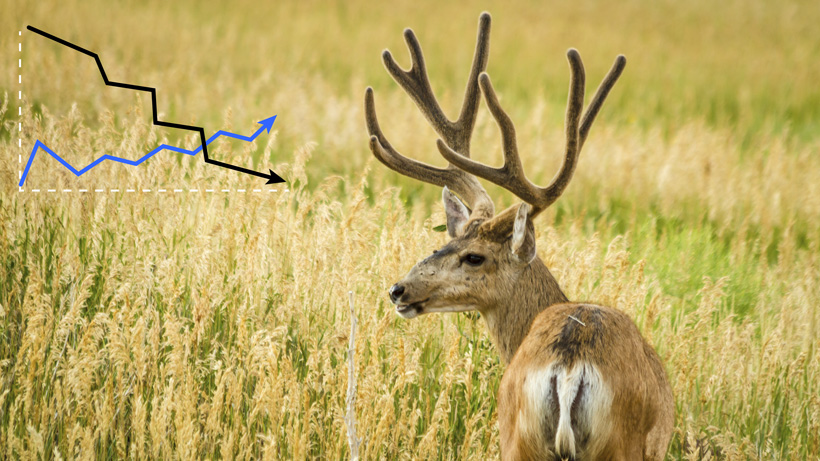 Boone and Crockett (B&C) recently completed compiling records for the 2013 to 2015 period in preparation for their 29th Big Game Awards that celebrates big game conservation and management. The 29th awards will be held on July 14-16, 2016 in Springfield, Missouri. From this recording period, some interesting big game trends have occurred during the past three year period (2013 to 2015) when compared to the previous three year period (2010 to 2012).

Richard Hale, chairman of the club’s Records Committee had this to say, "We're looking at the last three years' worth of entries in 36 categories of big game, and comparing the data to previous three-year recording periods." He goes on to say, "And, we're finding many reasons to celebrate the current state of conservation, as well as a few causes for concern."

Hale said, "Three years ago we were most concerned about our caribou, and still are, but woodland caribou are making a nice rebound. Entries for Quebec-Labrador caribou are still very low, but that is to be expected because hunting for them has been scaled back over the past two years as herds are given time to rebound."

The decline of the Newfoundland woodland caribou herds has been linked to habitat loss due to too many caribou.

He explained, "Antler and horn size in most species is directly linked to age and habitat quality, which is what makes these data valuable as a yardstick indicating how we are doing managing both game and their habitats. The first sign of recovering habitat is antler quality and right now there are some tremendous woodland bulls coming out of Newfoundland. This follows what we're seeing on the ground there. Herds exploded then crashed, habitat recovered, and now herds are on the rebound." Earlier in 2013, Newfoundland bowhunter Jeff Samson harvested a massive bull with a score of 377 7/8" that currently ranks number 6 all-time.

Hunters led the restoration, conservation, and management practices that brought many big-game species from vanishing to flourishing, and Hale expects our wildlife and science experts, with the support of sportsmen and others to do the same for those species needing a helping hand today. Trophy data reflects population health and habitat quality. Older animals being taken are a reflection of population balance. Biologists compare and contrast records to improve local management strategies, as well as state and federal wildlife policies.