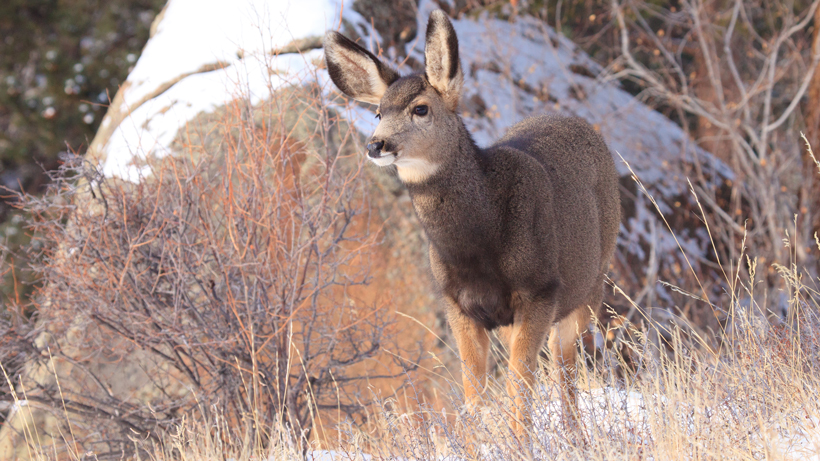 According to the North Dakota Game and Fish Department (NDGFD), overall numbers are holding steady. The October aerial survey tallied 2,116 mule deer, which was down slightly from last year’s count of 2,218 deer; however, that could be due to the fact that biologists were only able to survey 18 of the 24 study areas because of “snowfall and poor ground conditions.” Regardless, the fawn to doe ratio held steady at 82 fawns per 100 does (compared to 2019’s 84 per 100) – a sign that careful management of mule deer over the past few years has paid off.

“Overall, fawn production was good, which could lead to population growth depending on the severity of this winter,” said Big Game Management Supervisor Bruce Stillings.

While the buck ratio was a bit lower than 2019’s tally (36 bucks per 100 does compared to 41 per 100), NDGFD Wildlife Chief Jeb Williams said the ratio is “still at a level sufficient for adequate breeding of does.”

“For both biological (reasons) and maintaining mature deer on the landscape for hunting opportunities, this ratio is very healthy,” said Williams.

After several harsh consecutive winters that severely impacted mule deer populations across the Badlands, NDGFD banned hunting female mule deer, beginning in 2012, according to the Bismarck Tribune. Since then, the population has slowly and steadily recovered enough for the agency to lift these hunting restrictions and allow for hunting both bucks and does this fall.