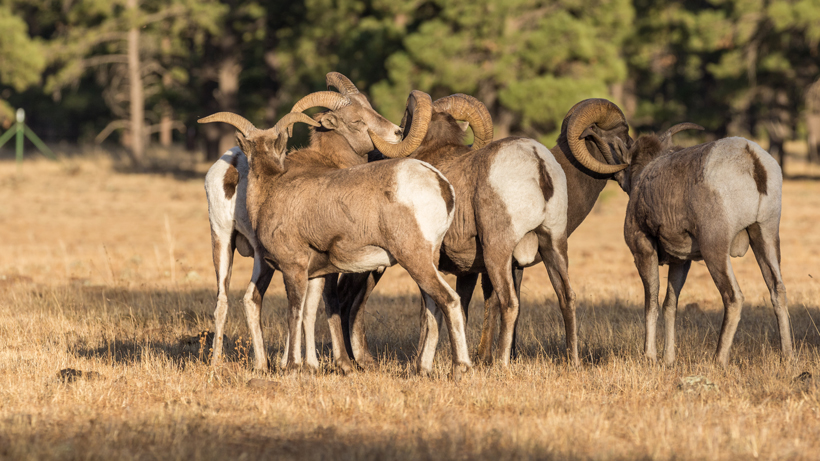 Five lucky hunters will have their chance at North Dakota bighorn sheep. This week, the North Dakota Game and Fish Department (NDGFD) announced that it had allocated five licenses to those lucky enough in the draw, the Grand Forks Herald reports.

Out of the five issued, one was for Unit B1, one in B3 and two in B4. The fifth license was auctioned off in May by the Midwest Chapter of the Wild Sheep Foundation for a record $135,000 – all of which will go towards improving bighorn sheep management in the state.

“Our objective this hunting season is to maximize hunter opportunity in the northern badlands where ram numbers are strong, while continuing to reduce the number of rams in the southern badlands, to lessen the risk of transmitting disease to the northern population,” said Brett Wiedmann, NDGFD big game management biologist.

A bacterial pneumonia outbreak in 2014 “resulted in a loss of 15% to 20% of the adult population,” added Wiedmann. However, following the summer population survey, for 2021, the number of adult rams were similar to last year with “more than 300 bighorn sheep north of Interstate 94, but fewer than 20 south of the interstate,” said Wiedmann.

Those who applied for a chance at this once-in-a-lifetime tag didn’t know how many tags would be available because applicants had to apply before the summer population survey was completed. NDGFD used that population count to determine how many licenses to offer for the 2021 season. According to the Grand Forks Herald, a record 19,126 hunters applied for their chance at only a handful of tags.

Good luck to those lucky in the draw!