North Dakota added another bighorn sheep license for the season 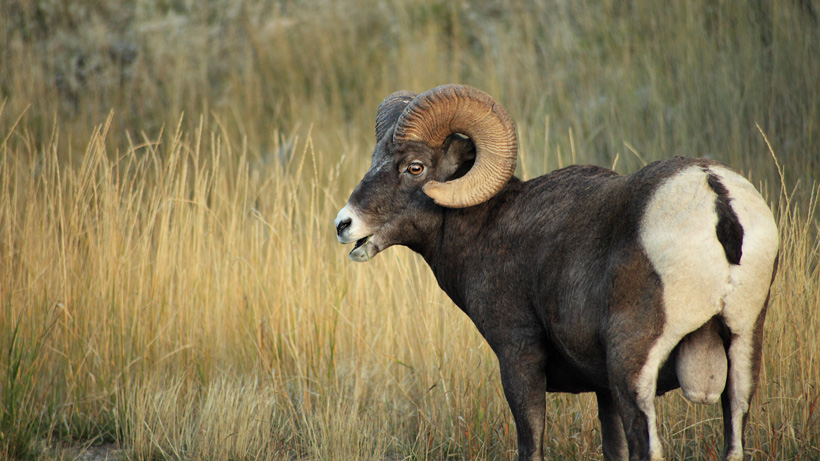 There are more once-in-a-lifetime bighorn sheep licenses this year in North Dakota – the second year in a row where the North Dakota Game and Fish Department (NDGFD) increased the number of licenses. Thanks to healthy population numbers, which included a 22% increase in rams, and high lamb survival, the agency decided to increase the number of licenses by one, making it a record six offered, the Bismarck Tribune reports.

This is positive news considering that the state experienced record lows in lamb count and recruitment rate in 2016 and 2017 and the season was canceled in 2015 following a bacterial pneumonia outbreak that killed roughly three dozen bighorn sheep, according to the Bismarck Tribune. However, the last population survey, which began last fall and was completed by March, found a “significant increase” in both of these areas. Further, current survey data discovered that bacterial pneumonia, which was detected within the state’s bighorn population in 2014, has “lessening effects” on the overall population.

“Our objective this hunting season is to maximize hunter opportunity in the northern Badlands where ram numbers are strong while continuing to reduce the number of rams in the southern Badlands, to lessen the risk of transmitting disease to the northern population,” said Brad Wiedmann, NDGFD big game management biologist.

This year, three licenses were issued in hunting units north of Interstate 94 and two others were issued in the unit south of the interstate. The remaining license was used to raise money for North Dakota bighorn sheep management and auctioned off by the Midwest Chapter of the Wild Sheep Foundation.

While the Badlands herd is over 300 strong and has no signs of pneumonia, the southern Badlands herd has experienced significant deaths due to disease and has fewer than 20 members. According to the Bismarck Tribune, the agency plans to eradicate bighorn sheep south of I-94 and repopulate the area with transplanted bighorns from the Rocky Boy’s Indian Reservation in Montana though nothing is scheduled at this time.

A total of 16,935 hunters applied for a chance at one of the five lottery licenses this year. The season runs Oct. 30 through the end of the year.