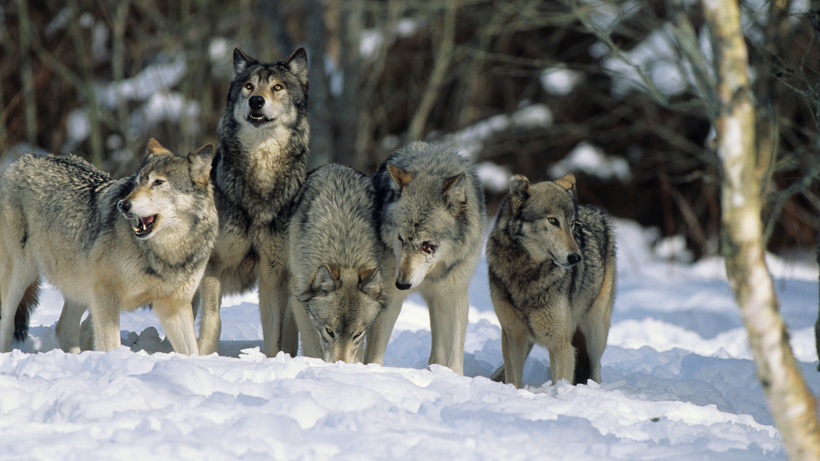 The fate of gray wolves that roam the lower 48 has been heavily debated all year. The latest twist in this heated topic came last week when the House of Representatives voted 196-180 to drop federal protections for gray wolves that live within the lower 48. With only 12 members of the GOP opposed to the bill, it now moves onto the Senate.

“Eastern Washington knows better how to manage our land and wildlife than someone sitting in a cubicle in Washington, D.C.,” Rep. Cathy McMorris Rodgers (R-Wash), co-sponsor of the bill, said in a statement Friday morning. “By delisting the gray wolf, we can allow people in our state and community to use science-based management practices that will benefit both our endangered and native animals while protecting farmers and ranchers. I was proud to be an original cosponsor of this bill because it is important to people here in Eastern Washington.”

According to the Spokesman-Review, the bill “would remove gray wolves from the federal Endangered Species List” and “prohibit federal judicial review of the legislation.” It would not affect the status of the Mexican gray wolf.

In Eastern Washington, Idaho, Wyoming, Montana, Eastern Oregon and part of Utah, wolves already do not have federal protections.

McMorris Rodgers and co-sponsor Rep. Dan Newhouse (R-Wash) argue that gray wolves have recovered enough to warrant the removal of federal protections while those opposed to the legislation say politicians shouldn’t act like scientists. Over 50 different conservation and environmental groups that include Earthjustice Eastern Washington Wolf Coalition, the Sierra Club, the Defenders of Wildlife, the Human Society of the United States, wrote a letter against the bill. And, according to the Spokesman-Review, while the National Wildlife Federation supported the delisting of wolves in Minnesota, Wisconsin and Michigan, the organization pointed out that the general legislation was “too broad.”

“Obviously we strongly oppose measures that would politically chip away support for the Endangered Species Act,” said Robert Dewey, vice president for government relations for Defenders of Wildlife, told the Spokesman-Review. “But also substantively it would impact wolves that still enjoy protections under the ESA.”

As goHUNT previously reported, the U.S. Fish and Wildlife Service (FWS) launched a science-based review of gray wolves in June in order to determine whether the agency will move forward with delisting the wolves across the lower 48. The proposal, which is expected later this year, will undergo the usual public comment process. FWS did not comment on the House bill.

With roughly 5,000 wolves in the lower 48 states, what will their fate be? Stay tuned to goHUNT for further information.