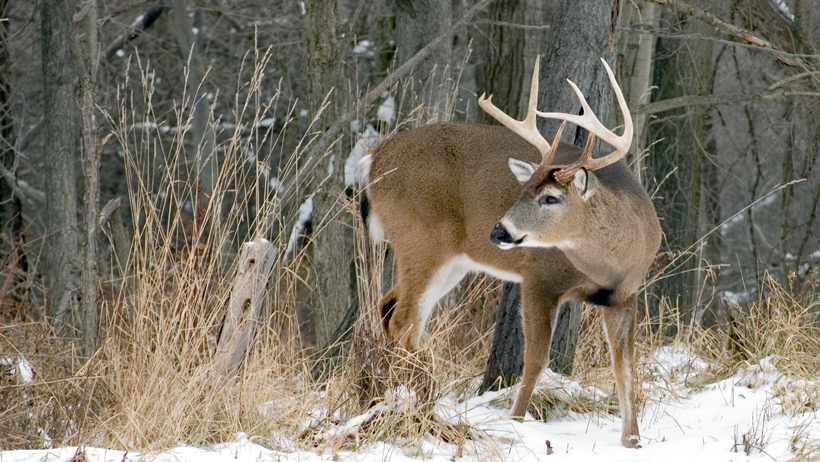 New York has decided to reassess whether deer urine lures should be banned within the state. Last summer, the New York Department of Environmental Conservation (NYDEC) proposed banning the use of scent lures to limit the spread of chronic wasting disease (CWD) – a fatal disease that can be passed from deer, moose, and elk through the exchange of saliva, feces, and urine.

New York’s decision to reevaluate the scent ban is a result of a public comment period where the issue was met with scrutiny by deer hunters, deer urine producers, manufacturers and other residents who questioned the science behind the ban, New York Upstate News reports. Because of these comments and concerns, NYDEC wildlife biologist Jim Farquhar says that the agency plans to reexamine the proposed ban and conduct “a more robust risk assessment in 2018 and explore regulatory proposals which may involve bans on urine-based scents.”

As goHUNT previously reported, Alaska, Arizona, Vermont, Virginia, Ontario and Nova Scotia have already banned these scent lures. New York and Pennsylvania were considering similar bans to prevent the spread of CWD. Pennsylvania has had several confirmed CWD cases and both an elk and a whitetail deer were euthanized to keep CWD away from other healthy animals. While deer farmers and scent bottlers have established new guidelines to keep contamination under control, because multiple does contribute to the end product, keeping it 100% safe is nearly impossible.

While baiting is illegal in New York, hunters have been able to legally use deer urine during hunting season. Changing this regulation would impact those who use it for hunting as well as those who manufacture the product.

“DEC remains committed to protecting New York state's deer herd from chronic wasting disease, and is in the process of finalizing the strongest risk minimization plan in the country as we continue to ensure that we are leading the nation in combating CWD,” says Farquhar.

“We did not remove the possibility of regulations prohibiting cervid urine but are amending the plan to use 2018 to complete a more robust risk assessment.  We acknowledge that cervid urine is among the lower risks as a route of infection, but DEC also believes that minimizing risk is of utmost importance in preventing a return of CWD and a decimation of the NYS deer herd. Thus, based on significant public comments in regards to risk, science, and alternatives, we decided to engage in a closer look before taking either regulatory or another form of action regarding the use of urine-based lures.”