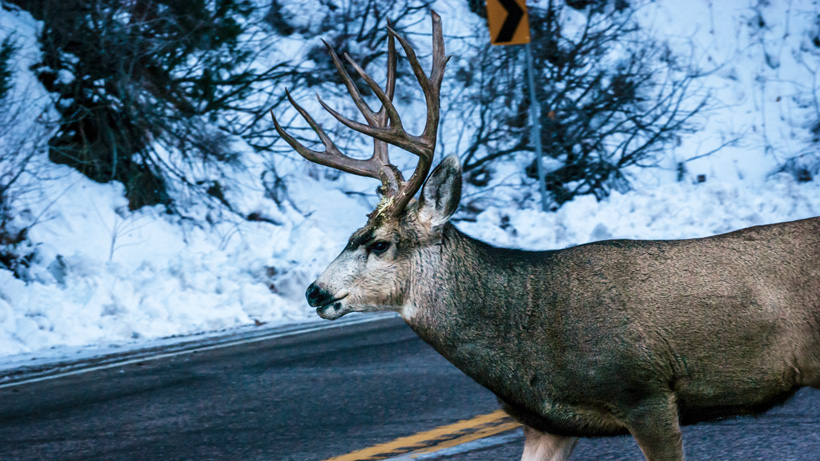 Last year, Washington approved a new law that made it legal for people to recover meat from deer and elk that have been killed by motor vehicles. The new law requires interested people to acquire a permit from the Washington Department of Fish and Wildlife (WDFW) and clear the entire animal from the roadway. Since its inception, 1,600 deer and elk have been collected from Washington roads, turning an unfortunate accident into a freezer full of meat.

As goHUNT has previously reported, Montana initiated a similar program back in 2014. Currently, according to the Seattle Times, 20 states allow roadkill to be harvested. It made sense for Washington to establish a similar rule and allow residents to stock their freezers rather than let the meat go to waste.

Jay Kehne, a WDFW commissioner, was the one to get the ball rolling after a random conversation with his hunting buddies during a trip to Utah. Kehne serves on the state’s game commission and, after researching road kill protocol, discovered that 20 other states allow it in “some form,” the Seattle Times reports.

“It’s just a no-brainer … you don’t have to send people on road crews to clear the highways so much, that meat doesn’t go to waste,” Kehne told the Seattle Times. “If you hit a deer and you’ve got a car with $5,000 damage, the least you could do is get a little meat in your refrigerator.”

Please note that the rule only applies to deer and elk. If you happen upon a dead elk or deer along a Washington road, here’s what WDFW wants you to do:

Also, be aware that only elk may be salvaged in Clark, Cowlitz and Wahkiakum counties.