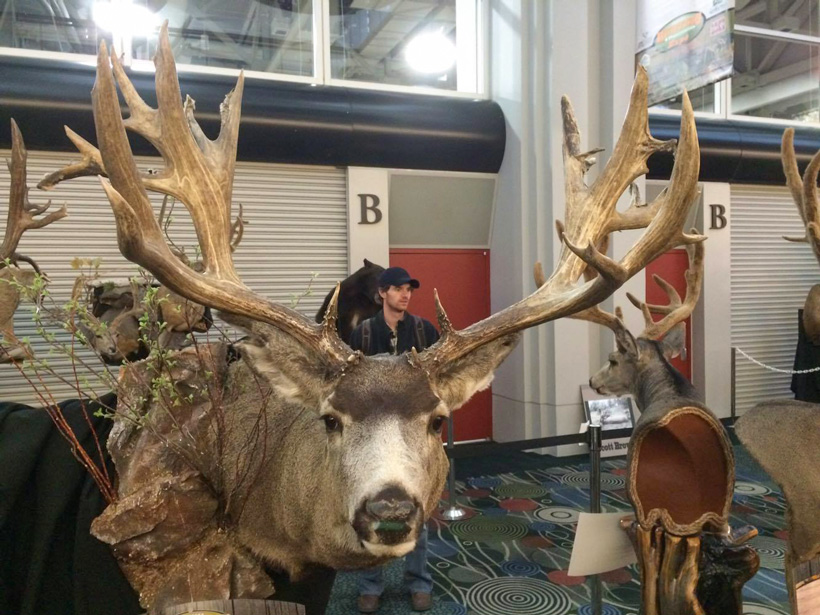 I have been following this case very closely since the Western Hunting Expo. Last week on June 30 I was given some updated information on this case and I have been working on digging up additional information ever since. On July 1, the Sublette Examiner released part of the strory. Here is the full update on the largest poaching case of 2015.

Earlier in the year we ran a story on the poaching case of a giant 230” Wyoming buck that was taken illegally in Sublette County in the fall of 2015. This poaching case involved Nate Strong of Wyoming.

An investigation began after an undisclosed person reported concerns that the large buck was taken illegally and out of season because the locals had photos of the deer after the season closed. 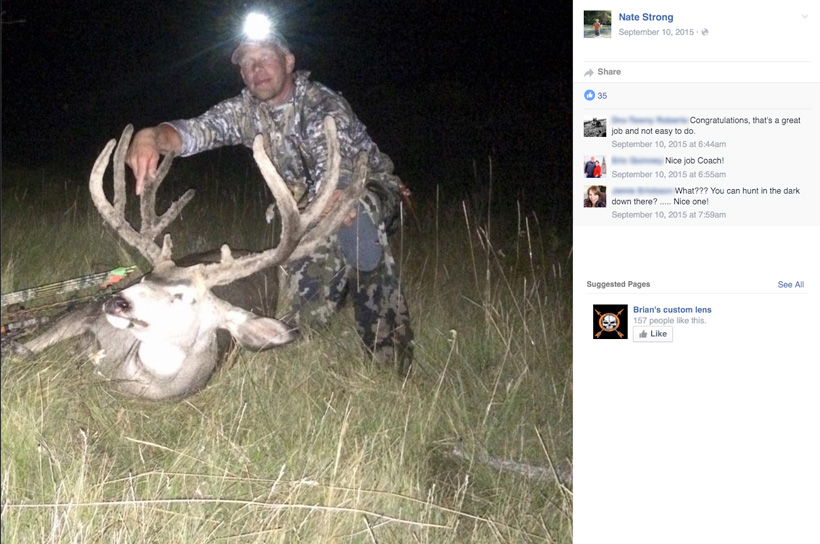 Wyoming Game and Fish Department (WGFD) officers found out that in September of 2015, on a Wyoming resident general license, Nate Strong took a large typical mule deer with a bow. Nate placed photos of the buck on his publicly viewable Facebook page. Note: Nate's Facebook page has now been removed or made completely private.

A search on the WGFD license database confirmed that Nate also was successful in drawing a 2015 HA138 Type 3 Deer License. The license was for a specific hunt area in Sublette County and for a whitetail deer only. Nate was allowed to take a second buck during the 2015 season, but the second deer had to be a whitetail deer.

Nate then shot another mule deer buck and put his whitetail deer tag on it. On February 16, 2016 a few days after the Western Hunting Expo ended, Jim Gregory, a Wyoming Wildlife Investigator for the WGFD, got a search warrant and seizure request for Nate Strong’s mule deer buck. That same day, Strong admitted that he had killed the nontypical buck and placed his whitetail deer license on the mule deer. You can read full details of the original article here.

Strong pleaded not guilty before Judge Curt Haws on April 11, according to court records. There was a six-person jury trial that was set for August 23, but that was continued after Strong’s attorney, Gaston Gosar, said in a June 20 motion that he needed more time to prepare for the case. Sublette County deputy attorney Carly Anderson did not oppose the date change.

A very concerning detail has just emerged thanks to a source that sent me updated information late last week. That alarming detail — Strong’s pre-trial has been pushed back to September 26 at 9:30 a.m. and the jury trial was pushed back to October 25, 2016.

Some of the reasons given that the case was pushed back are, “The case involves complex DNA and forensic testing of the deer taken in this case,” the defense motion states. Also, “The information was only recently turned over by the Wyoming Game and Fish (WGFD) Laboratory on June 15.”

According to Anderson, “On account of the presumption that an individual is innocent until and unless proven guilty, there is generally no restriction on hunting privileges prior to a conviction.” She goes on to say, “However, in the event an individual is convicted of a Game and Fish violation, Wyoming law provides that the Court may revoke any license that individual has been issued for the remainder of the year in which the conviction occurs, as well as suspend the individual’s privilege to purchase or receive any other licenses.”

Why is this a big deal?

With the pre-trial and jury trial date set so late in the year, this means that Strong is eligible to hunt in Wyoming this season! See the screenshot below of Strong’s 2016 hunting applications.

According to WGFD records, Strong applied for four hunting permits for the 2016 season. He successfully drew two tags. One tag was for a Type 3 any whitetail deer in Area 138. That hunt area was the same area he poached the deer! So now he will have a tag for the same area on a known mule deer winter range. He also drew a Type 6 cow elk tag in Area 94. Strong also applied for an antelope tag and a moose tag but was unsuccessful for both.

Poaching cases where hunting rights were revoked during the trail period

A lot of people are concerned as to why Strong was allowed to purchase a hunting license or hunt while his case is pending. Another alarming fact is in the majority if not all past poaching cases, accused poachers were not allowed to hunt while conditions of a pending trial were in effect.

It certainly makes sense that Anderson would make the statement about the presumption of his innocence, however the presumption of innocence does not limit the ability of the State to ask for, or the Court to impose, prohibitions against possessing firearms or hunting during the pending poaching case. 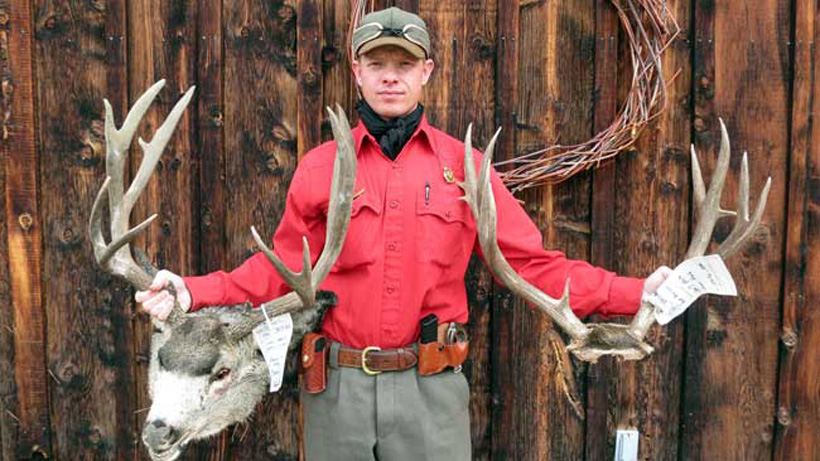 Resident from Wyoming. The report indicates the deer was a 7x5 buck killed near Big Sandy on or near November 12, 2012. Apparently there was another deer killed as well in the report. goHUNT previously reported on this case here.

His bail/release did not specify cash or surety, but did include no hunting, fishing, or trapping while the case was pending.

He was sentenced to five days of actual jail with a suspended sentence, $11,000 in fines, one year unsupervised probation and suspended jail. He lost his hunting privileges for five years.

Resident from Wyoming. There is no bond order in his file. He plead as an accessory to the charges above. He also got five days jail time with the rest suspended. He was fined a total of $5,160, one year loss of hunting, fishing or trapping and one year unsupervised probation.

Nonresident from South Carolina. He poached a buck and several other deer in November 2011.

He got four days jail with the rest suspended, $15,000 restitution with total fines of $20,950. He forfeited his firearm, got a 10 year loss of hunting, fishing or trapping and one year unsupervised probation.

For bail/release he had a $10,000 bond and no hunting or fishing or trapping.

I want to take a second to thank a certain group of people who have helped me with the details of this case. Without them, poachers would continue to steal our wildlife. Even though poachers don't need hunting tags in order to commit crimes, he should not be allowed to hunt while under investigation.

Once again, not only did Strong take the life of a trophy deer, he took the buck from all law abiding citizens of Wyoming, sportsmen, outdoorsmen, hunters, and trophy deer admirers across the west. Poaching is never tolerated and poachers are not hunters.

In this case, based on the facts presented from the previous affidavit, the Court should modify his bond to not allow any weapons possession and to not be able to hunt until his case has been finalized.

Like the previous poaching cases in Sublette County, Strong does not deserve to have the privilege of hunting. Strong proved that when he pulled the trigger on November 14, 2015 at a buck on the winter range, during a closed season and by placing the wrong species license on it. He clearly knew he was poaching a buck.

With a license in his hand, how many deer or elk are in danger when he goes out to hunt in 2016?