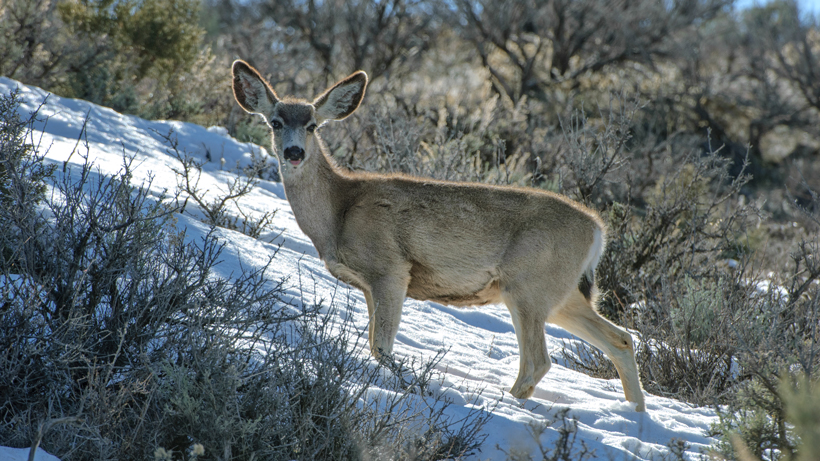 New research led by the University of Wyoming has discovered that the timing of mule deer births don’t always match exactly with spring green-up. The study, “Migration distance and maternal resource allocation determine timing of birth in a large herbivore,” was recently published in the journal Ecology and analyzes five years of data, Oil City News reports.

According to researchers, prior to these recent findings, it was thought that offspring birth coincided with “the peak green-up of forage at the birth site;” however, based upon the data, that is only true for deer that migrate long distances, traveling from lower elevation to higher elevation as they surf the green wave. Researchers looked at deer both with long and short migration patterns and found that “[o]ther deer migrated shorter distances and gave birth earlier, but birth was out of sync with green-up.”

In fact, researchers found that “only long‐distance migrants that paced migration with the flush of spring green‐up, giving birth shortly after ending migration, were able to match birth with spring green‐up. Shorter distance migrants completed migration sooner and gave birth earlier, seemingly trading off more time for offspring to grow and develop over greater access to resources.”

Further, it appears that “human-caused disturbances to migration patterns could harm deer reproduction until animals have time to adjust.”