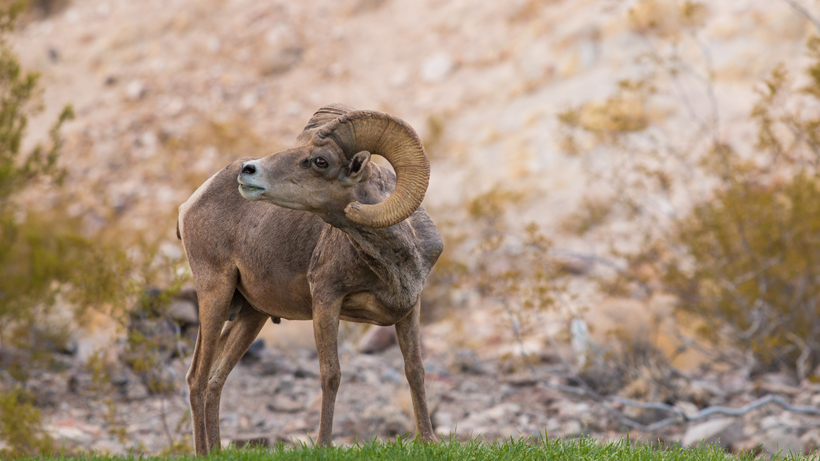 With disease and habitat encroachment resulting in dwindling desert bighorn sheep populations, a group of invested individuals are working together to help these iconic animals. A team comprised of Navajo Nation tribal members, veterinarians and scientists from the Denver Zoo, Colorado State University (CSU) and the Wildlife Conservation Society are focusing on a chunk of prime desert sheep habitat in the sovereign Navajo Nation that spans parts of Arizona, Utah and New Mexico, Phys.org reports.

The purpose? To diagnose respiratory disease and track migration patterns to determine how much the disease impacts juvenile and adult mortality.

Last month, the team captured and released 90 bighorn sheep in the targeted area to observe and study. CSU Professor Joel Berger said that the “people involved in the project are cooperating for a common good and for a species of great local relevance to the Navajo people.”

While populations were healthy and increased to about 600 animals in 2016, pneumonia infiltrated the herds and “now threatens” the overall recovery of the species. In fact, it “has sent two of three populations into precipitous decline,” according to Phys.org. This is why those involved with this current project like Jessica Fort, a wildlife biologist for the Navajo Nation and part of the ongoing tribal conservation effort, “is confident that the project will be successful.”

“We hope that the bighorn sheep can continue to play an important role, ecologically, economically and culturally, in the Nation's future,” said Fort.

Researchers are currently analyzing tissue samples for Mycoplasma ovipneumoniae, the respiratory pathogen that has caused massive die-offs in bighorn sheep herds across the West. The team is also tracking ram movement and charting “visits to domestic herds of sheep,” according to Phys.org.

“If we really want our bighorn sheep populations to thrive, we need a broader knowledge base and a way to ensure that people are involved in building solutions while also incorporating the latest science,” said Jeff Cole, wildlife manager of the Navajo Fish and Wildlife Department.

The project is funded by $260,000 in grants from the Bureau of Indian Affairs and the U.S. Fish and Wildlife Service.