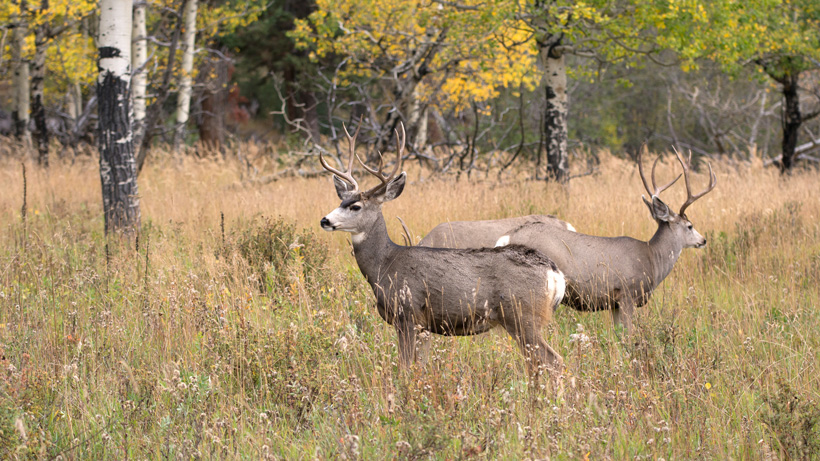 In an effort to keep chronic wasting disease (CWD) under control, South Dakota will have new restrictions in place for moving elk, mule deer and whitetail deer carcasses. This week, the South Dakota Game, Fish and Parks Commission approved the proposal, which specifically applies to any harvest in a known CWD area within the state, the Argus Leader reports. Because CWD has been confirmed in deer and elk populations in the southwestern portion of the state, the restrictions will hopefully keep the fatal disease from spreading to the rest of South Dakota.

Custer, Fall River, Lawrence and Pennington counties all have confirmed cases of CWD and are considered the “endemic area,” according to the Argus Leader. Based on the new restrictions, any hunter who harvests an elk or deer within these areas must bone out the deer or only take quarters of meat home and use a taxidermist in that area. No hunter will be allowed to bring the entire carcass home if harvested in the endemic area.

Chad Switzer, a wildlife program administrator with South Dakota Game, Fish and Parks, told the Argus Leader, that “[t}he restrictions are critical because if a hunter transports an infected carcass home and then disposes of it in a slough or shelterbelt, the protein that causes the disease can spread to deer or elk in an area that weren't previously infected.”

Per the Argus Leader, here are the new restrictions:

Anyone who violates these new restrictions would be charged with a Class 2 misdemeanor, which means a maximum penalty of $500 or 30 days in jail.

The commission will make its final decision during its Sept. 8 meeting and the new restrictions will begin July 1, 2020.