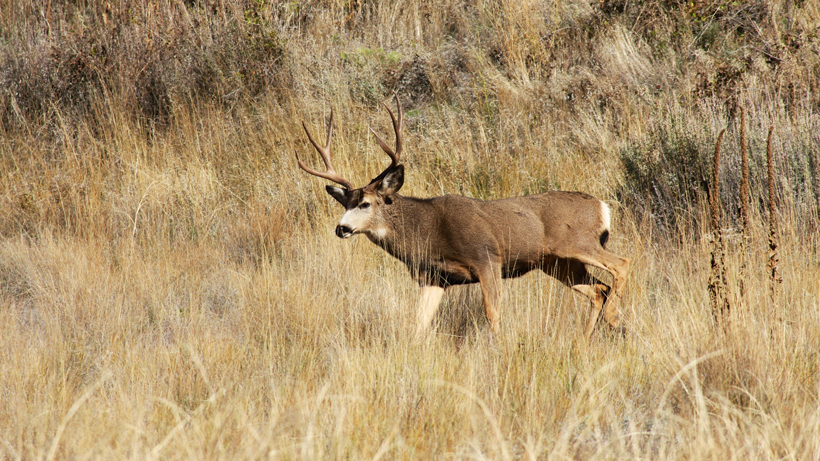 Mule deer populations across Nevada are on a steep decline with overall numbers dropping by 15% over the last ten years. Interrupted migration corridors are a major part of the problem, resulting in a recent call for amendments and revisions to federal land-use plans that would “incorporate the latest science in public land management and take active steps to conserve the West’s big game migrations,” according to the Theodore Roosevelt Conservation Partnership (TRCP).

The current plans in place are old and in need of major updating. In fact, Nevada Department of Wildlife Director Tony Wasley told Public News Service that “the average federal Resource Management Plan in the state is 21 years old.”

“And those plans speak to everything from wilderness administration and characteristics to wild horses and burros,” said Wasley, “invasive species, off-road travel, extractive industries, whether it's minerals or fluids.”

Earlier this month, TRCP researchers released a report that documents the need for change to public land management in the West. According to the report, “our understanding of the threats to the continued functionality of [migration corridors] has advanced to the point that it can suggest actionable, pragmatic solutions to ensure their conservation. In the meantime, outdated land-use plans are being used every day for on-the-ground management decisions about what can and cannot happen on our public lands.”

The report cites “missed opportunities to complete habitat improvement projects, responsible site energy development, and manage recreation,” and “calls on the Bureau of Land Management (BLM) and the U.S. Forest Service to revise and amend land-use plans to incorporate the latest migration science into their decision making,” according to a press release.

In Nevada, roughly 85% of the land is controlled by BLM and the Forest Service. These findings show that mule deer are heavily impacted by disruptions to their instinctual migration routes.

“These animals have incredible fidelity to these particular routes,” said Wasley. “And these routes are essential to their ability to get from productive summer range to lower-elevation winter range where they can survive the harsh winter conditions.”

“Because so many land-use plans are decades-old and long overdue for an update, we have a real opportunity all across the West to take actions to ensure some of the region’s most iconic wildlife will be enjoyed by future generations,” said Madeleine West, director of the TRCP’s Center for Public Lands. “The science clearly demonstrates that this is an important conservation challenge and also shows what we can do to address it.”

Want to check out the full report? Click here.