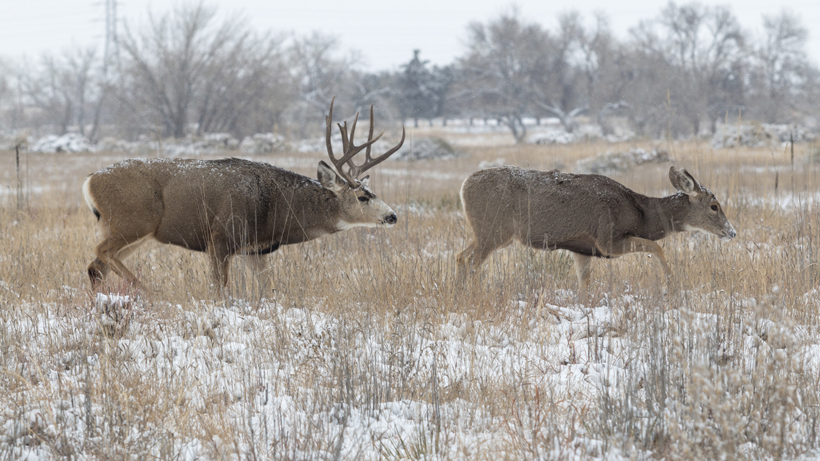 When Texas A&M-trained wildlife biologist Greg Simons killed a Texas mule deer last November, he knew he’d taken more than just a trophy buck. While he has to await the 60-day drying period required by Boone & Crockett before judges make their official score, Simons says that it should “end up being the biggest non-typical mule deer taken in the state of Texas,” according to the San Angelo Standard Times.

Simons has been hunting the private 40,000-acre lease property in Culberson County with a few friends since 2013. Because that particular property is part of a special Managed Lands Deer Program, he was able to get out a bit earlier than other deer hunters. Regular deer season starts Nov. 29; Simons got his deer on Nov. 4.

Now he’s waiting for the dying period to end (which should be about two weeks). The official scoring for the possible record buck should take place sometime in January. He told the San Angelo Standard Times that his mule deer buck, which he dubbed “Hank,” “should come in with a score between 285 and 290 when all is said and done.” 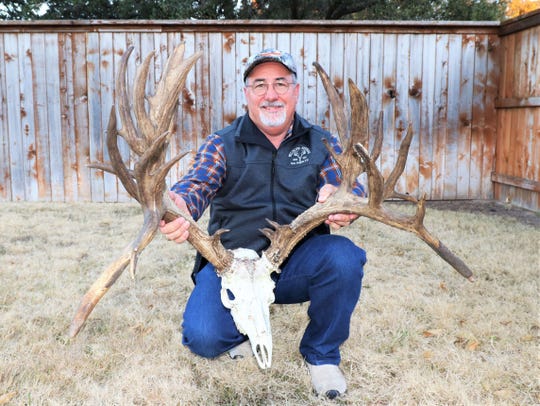 “I have a bit of a relationship with that deer,” said Simons. “I think he was 6-years-old, and we spotted him several times before. We got some pictures of him on a remote camera a couple of years ago… but we never saw him on the hoof – but the year before that, I saw a deer out there, late in the season, that I think was Hank.”

Simons plans to send several incisors to a lab to confirm the buck’s age.

“Obviously, he was an amazing animal,” Simons said. “He’s got so much extra stuff on him, including one area where there’s a lot of webbing and palmation and there are some interpretive aspects of how those points will be measured and scored.”

The all-time B&C record for Texas nontypical mule deer is held by Rick Merritt, who obtained the record with a Gaines County buck in 2014. Merritt’s buck scored out at 281 2/8 gross and 264 3/8 net, according to the San Angelo Standard Times.

Congratulations, Greg Simons, on a fantastic buck and good luck!

@Curtis D. What's wrong with a wildlife biologist who likes to hunt? Jealous much?

Doesn't anyone else find this article disturbing? Should we start to divide the record books into a public land section and a private land section.....give a wildlife biologist 40,000 acres and what do you get? I can only imagine the corn spreaders and mineral blocks loaded up on that piece of property.....