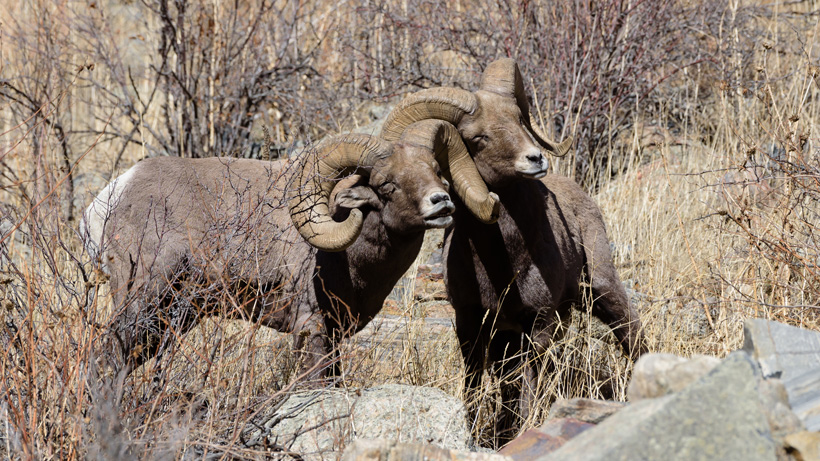 Earlier this month, the New Mexico Department of Game and Fish (NMDGF) lethally removed several bighorn sheep from the Rio Grande Gorge herd because they were too close to their domestic counterpart.  NMDGF wouldn’t confirm how many sheep were culled; however, according to The Taos News, the department killed two rams Jan. 4 and may have actually removed eight bighorn sheep in total.

NMDGF spokesperson Dan William told The Taos News that the bighorn sheep were killed “near Pilar” and were “most likely” within the Rio Grande del Norte National Monument. Because domestic sheep are known carriers of bacterial pneumonia, which can decimate wild bighorn sheep herds, the removal was proactive in an effort to keep the herd healthy. Williams says that the bighorn sheep in question were “within a couple of miles” of the domestic herd.

The Sheep that may? Have been gazing public land probably were owend by some one who has a grazing lease, just as (we) have leased state trust land in NM to hunt through the NMDGF. I dont like Big Horns being killed by any one other then hunters, but some times this is how conservation works.

If the domestic sheep are grazing on Public land, the owner(s) should be required to pay for the Bighorn's removal, plus their market value in terms of tags.