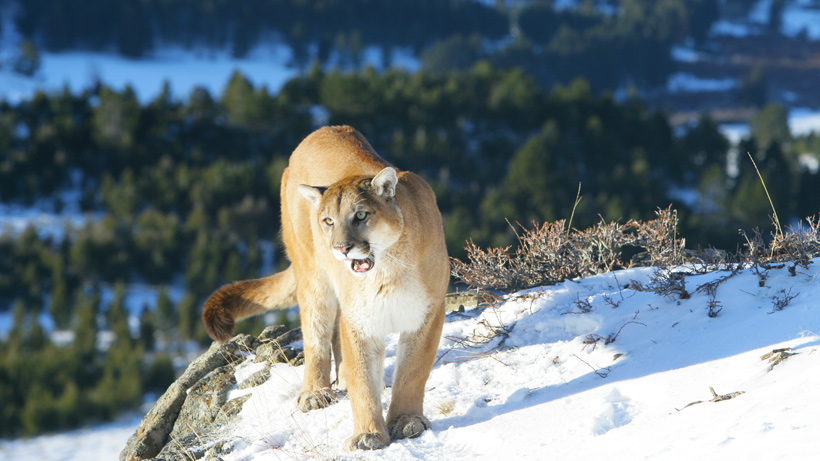 Colorado’s controversial predator management program is under fire again as a third lawsuit has been filed against it. The Center for Biological Diversity, the Humane Society of the United States and WildEarth Guardians allege that funding provided by the U.S. Fish and Wildlife Service (FWS) “failed to adequately analyze the impacts” of the predator program “as required by the National Environmental Policy Act,” The Daily Sentinel reports.

FWS has contributed more than $3.4 million in federal funding for the project that focuses on the Roan Plateau and the Upper Arkansas River Valley. This lawsuit is intended to try yet another tactic to stop the program.

As goHUNT previously reported, the decision to move forward with the predator-control plan, which includes the removal of 120 black bears and mountain lions to save mule deer, was approved after a year of deliberations and debate. The Colorado wildlife commissioners unanimously approved euthanizing “excess” mountain lions and bears in the upper Arkansas River Basin around Salida and the Piceance Basin near Rifle to help declining mule deer. The three-year plan started last May and, despite pending lawsuits, is continuing as planned. While researchers have previously focused on habitat loss as a reason behind the decline of mule deer, the conclusions point to other factors beyond oil and gas development. This is why the state continues to move forward with this controversial predator management program.

FWS is funding “about $483,000 of the $644,000 cost of the Roan Plateau project and $2.95 million of the $3.95 million Upper Arkansas work,” according to The Daily Sentinel, which is why the agency is the current target of the most recent lawsuit.

To bad we have to spend money fighting these lawsuits. This is money that could potentially go into actual management of wildlife.

They are fighting it so hard because they know the results will show it works. They are terrified of the truth coming to light.

It doesn't take a CPA to see that we are paying millions to deal with a problem; while the state could be profiting from this natural resource through hunting licensee sales, it continues to ignore the fact. No spring bear season, limited use of dogs. As a former CO resident, I can assure everyone that Mountain Lions roam cities at night and bears tipping trash cans is a common occurrence.