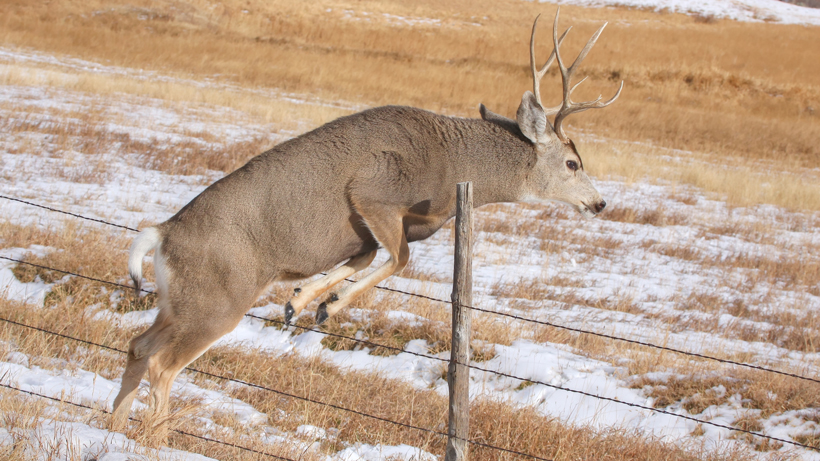 There’s a new group in Wyoming geared toward helping wildlife mitigate fencing along key migration routes. The Absaroka Fence Initiative is a collaboration between local, state and federal groups, ranchers and landowners that will target migration routes identified by the Wyoming Game and Fish Department (WGFD), the Wyoming Migration Initiative and Montana State University, the Billings Gazette reports.

While there are similar groups in Jackson Hole and the Platte Valley, none were specifically targeting the fencing problems, according to Mong, which is why they formed the Absaroka Fence Initiative in January 2020.

“Everyone had fencing work and conversion on their radar, but they weren’t working all together,” said Mong.

This past December, 15 volunteers completed their first project near Clark, just south of the Montana border, for Kathy Lichtendahl and her husband, which made a “mile of fence on public and private land wildlife friendly,” according to the Billings Gazette. Lichtendahl’s property is frequented by antelope in the spring; elk in the winter. Mule deer, unfortunately, are on the decline in her area.

“To me, it’s an invaluable resource to work on some of these projects around the Bighorn Basin to allow much easier movement of wildlife across the landscape,” said Lichtendahl, who added that finding the time and the money needed for this type of project is difficult, which makes the Absaroka Fence Initiative a “real godsend.”

The group uses GPS data to pinpoint key areas in need of fencing help. In May, the group will work on another project in collaboration with the Bureau of Land Management. This one will focus on an area near Meeteetse.

“I foresee us being able to make a real difference on the landscape in a quick manner,” said Mong. “The real power in this group is its collaborative nature. We’re all in this together and that drives change and good conservation.”