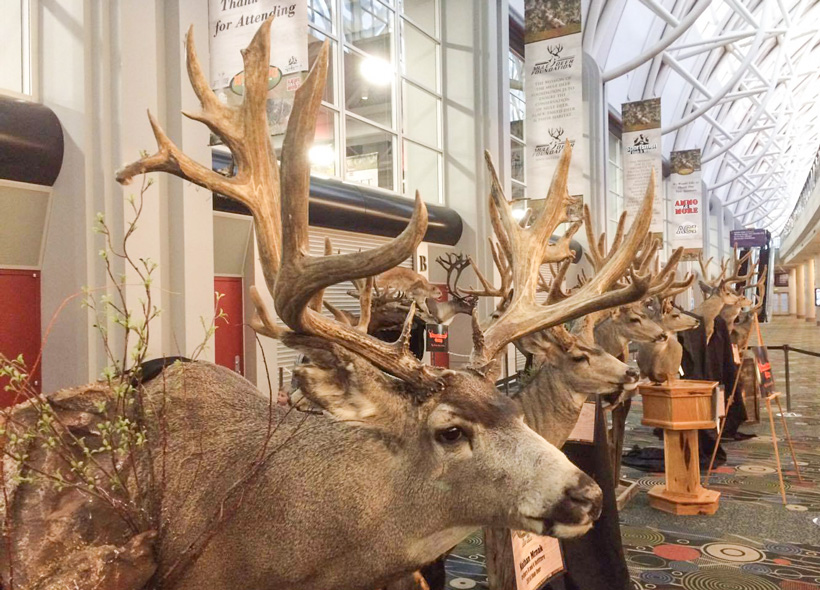 Once again the Nate Strong poaching case of a 230" mule deer is taking more twisted turns.

If you want to read the background on this poaching case, you can read Part One here and Part Two here.

Recently there was a motion by Strong’s attorney, Gaston Gosar, to extend the deadlines once again. An order by the Judge granted it. Gosar claims he is trying to find an expert to show the poached mule deer isn’t a genetically pure mule deer (a whitetail/mule deer hybrid). 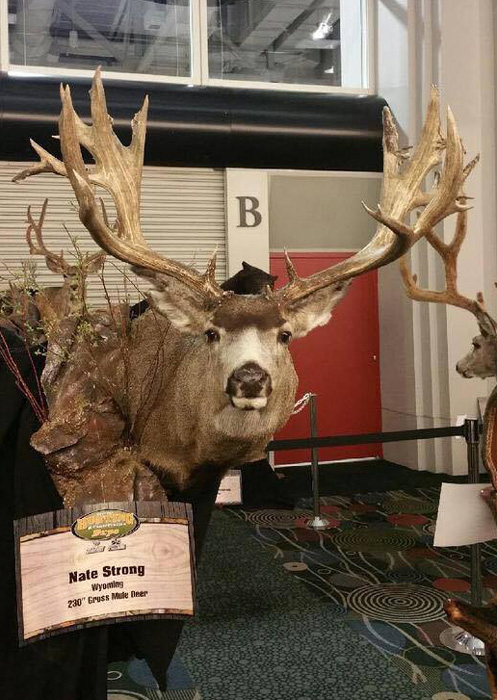 The Affidavit clearly shows that the Wyoming Game and Fish Department (WGFD) Forensic Laboratory positively identified the poached buck as a mule deer. Also, Strong already claimed this was a mule deer at the 2016 Western Hunting Expo (check out the sign below the deer mount in the above photo). Since he is having a difficult time finding an expert, he wants to push this case out as far as possible.

There is a big problem with this and that is time. It seems Gosar and Strong are trying to push back this trial as long as possible. Time is a defense attorney's best friend.

Another issue at hand, Sublette County Deputy Attorney Carly Anderson agreed to the extension, so if Gosar finds an expert to examine the mule deer in greater depth, then Carly would need to file for another continuance to review the findings, relay that information to her expert, and then have them review the expert’s findings and finally get back to her so she can prepare for trial. Which will again push things back.

What could have been done?

Well, Anderson should have forced a motion hearing to make him prove that good faithed efforts were being made to find and hire an expert to re-examine the buck, rather than just agreeing to the extension.

It also looks like Anderson hasn’t filed an expert witness designation yet, which could be a problem if she missed the deadline. Anderson did file a notice of intent to introduce prior bad act evidence that he cut the tail off of the deer to show motive and intent. This was most likely a statement by Strong since only the head was recovered and in that instance it becomes an admission of a party opponent as opposed to prior bad act evidence.

Even though poachers don't need hunting tags in order to commit crimes, he still should not be allowed to hunt while under investigation.

Once again, not only did Strong take the life of a trophy deer, he took the buck from all law abiding citizens of Wyoming, sportsmen, outdoorsman, hunters, and trophy deer admirers across the west. Poaching is never tolerated and poachers are not hunters.

Currently, Strong has a valid hunting tag for the 2016 and could be out hunting because his case is pending. But, like the previous poaching cases in Sublette County, Strong does not deserve to have the privilege of hunting while his case is ongoing. Thanks again to a certain group of people who have helped me with the details of this case. Without them, poachers would continue to steal our wildlife.