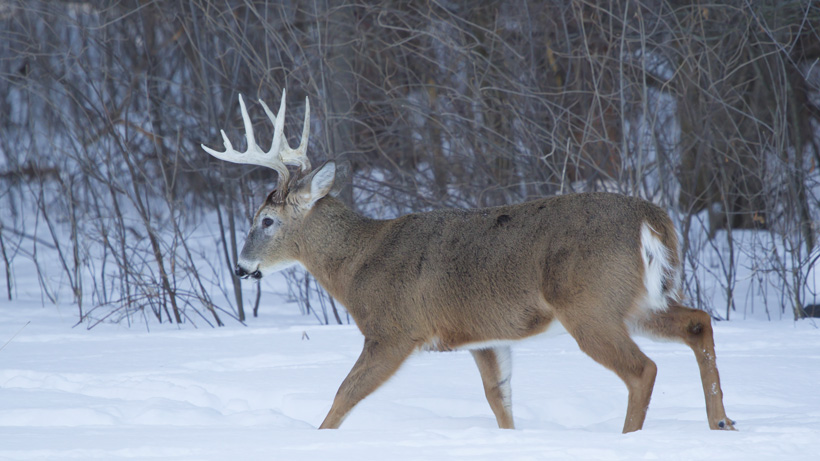 A simpler and possibly safer way to test for chronic wasting disease (CWD) has been developed by scientists at the National Institute of Allergy and Infectious Diseases (NIAID). Previous testing required the removal of lymph nodes or a rectal sample that would be biopsied to determine if the tissue was infected. The new method only uses “a piece of tissue from the animal’s ear for testing,” the Associated Press reports.

The result of the initial tests means that, with further field testing, it could be utilized to detect the fatal disease in the wild, said Byron Caughey, chief of the TSE/Prion Biochemistry Section at NIAID.

Because CWD is thought to use the nervous system to move throughout its host’s body, scientists identified a nerve in mule deer ears to consistently sample for the prions. The method is called the RT-QulC test, which is short for Real-time quaking-induced conversion, and is used to test for Creutzfeldt-Jakob Disease (mad cow disease) and modified to test for neurological diseases like Alzheimer’s and Parkinson’s, according to the Associated Press.

Mule deer ears were provided by Colorado Parks and Wildlife. According to the study, out of the 58 ear punches taken from “what looked like healthy deer,” the RT-QulC test was able to detect 81% of the infected and 91% of those not infected.”

“We hope to improve on things now that we have a prototype,” said Caughey.