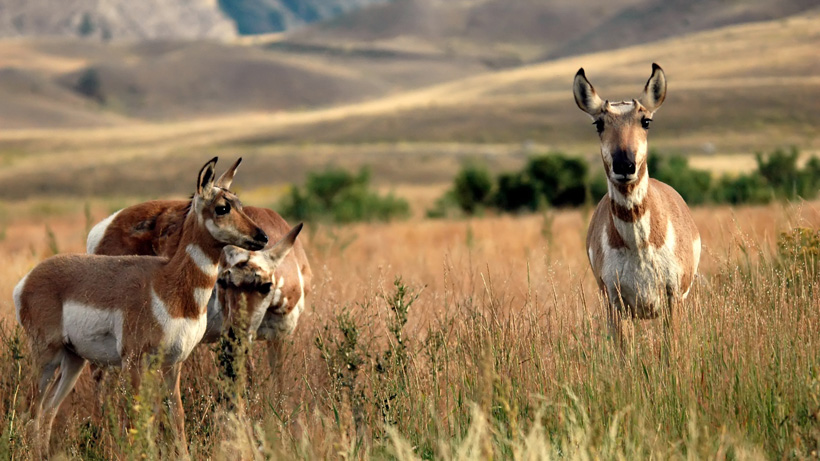 Wildfires have obliterated hundreds of acres of critical wildlife habitat across Nevada. In Elko County, over 500 square miles of winter range has burned, resulting in an announcement by the Nevada Department of Wildlife (NDOW): emergency resident only depredation hunts will be held for antelope (horns shorter than ears) and mule deer (doe) this fall. NDOW hopes that these hunts will remove enough antelope and deer to lessen the malnutrition and starvation that will likely occur if too many animals need to use the remaining unburned winter range.

“Last summer’s fires had already decimated a large portion of this winter range, and the additional habitat loss from the 2017 fires have taken a bad situation and made it much worse,” said NDOW Director Tony Wasley in a press release. “The affected winter ranges are highly unlikely to be able to support the number of animals it has in years past. Depending on the winter severity, we may see significant herd losses even with the reduced populations resulting from this hunt.”

Emergency tags are only available to resident applicants who have not already received antelope or deer tags this year. Interested applicants can apply at www.huntnevada.com. The application period for these emergency hunts began yesterday (Aug. 17) and closes on Friday, Aug. 25, 2017. Results will be posted on Friday, Sept. 1, 2017.

Here are the available hunts: