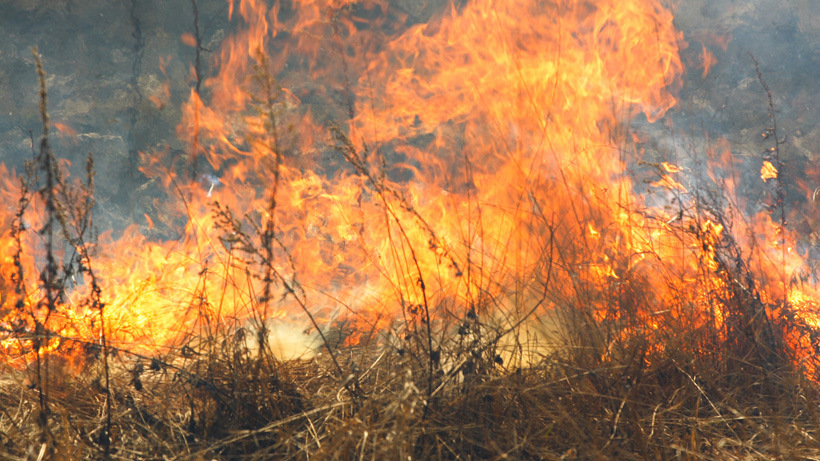 Major wildfires are ravaging habitat across Nevada, causing firefighters to battle the rapidly expanding blazes around-the-clock. Gusty wind combined with dry, hot weather has caused perfect conditions for these fires to spread, snuffing out thousands of acres of habitat for sage grouse, bighorn sheep, mule deer and elk. Officials are worried that the fires will wipe out irreplaceable habitat, creating a lasting impact on area wildlife.

“When we have these fires come through and they burn the native grasses and sage brush that can be a little more tolerant to fire, what comes back often times is cheat grass,” Tim Egan with Sierra Front told KOLO 8/ABC News.

The 30,000-acre Long Valley Fire is impacting habitat where mule deer winter; wildlife officials hope to re-seed the area following the fire to help the area recover, KOLO 8/ABC News reports. Near Elko, the Roosters Comb Fire is nearly under control; however, firefighters have been called to the scene of three more blazes that began on Friday caused by lightning, according to the Elko Daily. These include the 120,000-acre Snowstorm Fire (on Castle Ridge east of the Snowstorm Mountains), the 300-acre 4 Mile Ridge Fire (near Four Mile Butte), and the 1,559-acre Cornucopia Fire (north of Tuscarora), according to Elko District Office Bureau of Land Management.

The main issue is that the three new fires are in remote locations “and pose logistical challenges to support firefighters,” according to the Elko Daily. Air retardants are being used to suppress the spread; however, all are still active.