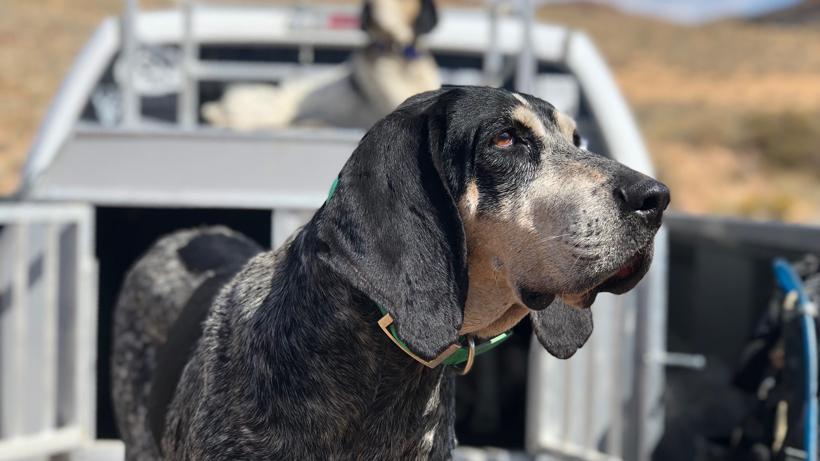 Black bears have been in Nevada for thousands of years and, with proper management and stewardship, they will hopefully continue to thrive. Presently, they are only found along the eastern parts of the Sierra Nevada Mountains. However, Ursus americanus once had a wide range across the great basin. According to the Nevada Department of Wildlife (NDOW), “They were extirpated from Nevada’s interior by the early 1900s, due to direct removal of bears from conflicts with people and decimation of their forested habitat during the mining booms in the 1800s.” With the implementation of hunting laws and regulations across the country between the 1950s to 1960s, black bears have since slowly begun venturing back into Nevada’s Sierra Mountains.

In 2011, the Silver State had its first legally sanctioned black bear hunt and, since then, the quota has been 20 animals with around 40 to 50 tags allocated with a typical harvest rate of between 14 and 15 animals each season. Around 70% of the animals harvested are done so under the guidance of a licensed houndsmen and his/her hounds. 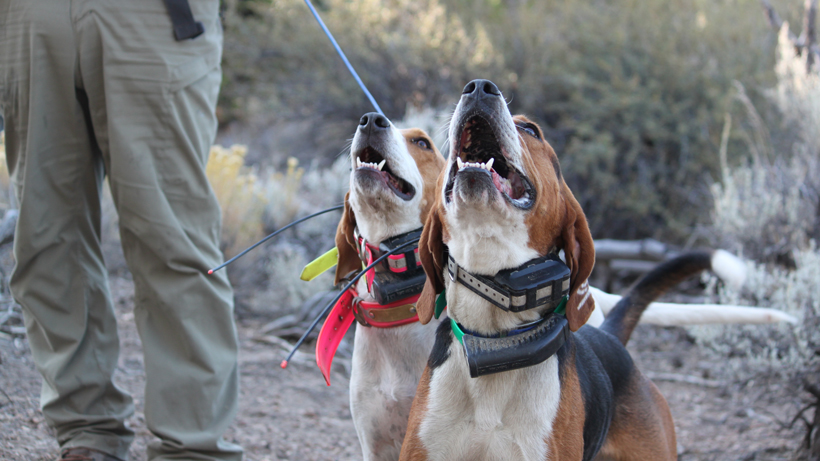 In a comprehensive 2013 NDOW study that looked into black bear hunting stated that the “use of hounds to hunt bears requires dogs with specialized training and does not guarantee harvest success. In some states, selectivity of hunters with hounds does not differ markedly from hunters that do not use hounds. The majority of bears harvested during the Nevada hunt are taken by hunters using trained hounds to put the bear at bay.” Groups like the Nevada Sporting Dog Alliance (NSDA) support these findings and go on to say that “careful consideration must be given to the prohibition of the use of dogs as a potential consequence could be the increased and disproportionate harvest of female animals which are so critical to the overall health of the black bear population.” 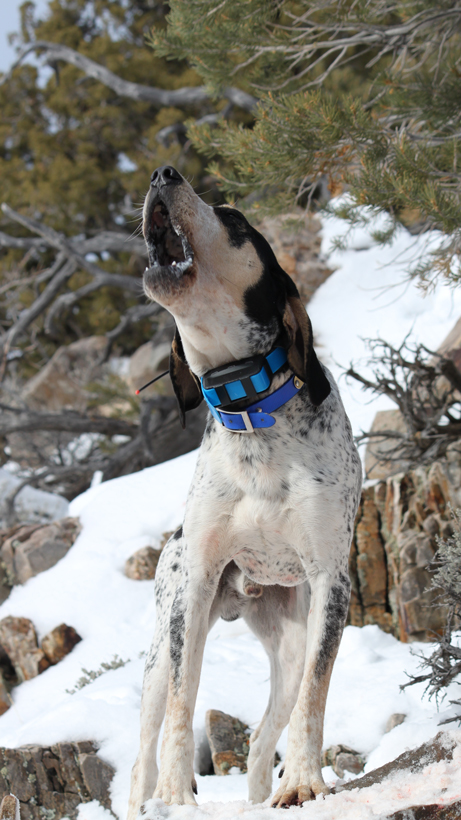 I had the opportunity to speak with Johnathan Lesperance, vice president of NSDA, who made the argument that the majority of people who have a negative view about the use of hounds for black bear hunting lack understanding and familiarity. He went on to say that the majority of people he has taken on hunts where hounds have been used have almost always resulted in a positive experience and have left people with a better perspective of what goes into these hunts. NSDA fears that the loss of any hunting rights could set dangerous precedents for the future of hunting as a whole.

“We would caution against any management decisions based entirely upon apparent public perception. To do so now would represent an unprecedented and drastic departure from historic wildlife management practices in our state and at the risk of potentially substantial, unforeseen, and perhaps unintended consequences,” said NSDA in a statement to the Nevada Wildlife Commission.

There is growing concern that if hunting rights are revoked because of emotion rather than science, those rights will never be returned to the people. Recent examples of this include mountain lions in California and grizzly bears in British Columbia, leaving hunters concerned about the future of predator management and the longevity of game species across the West.

These sentiments are echoed by the Nevada Chapter of Backcountry Hunters and Anglers (NVBHA) during the same meeting. 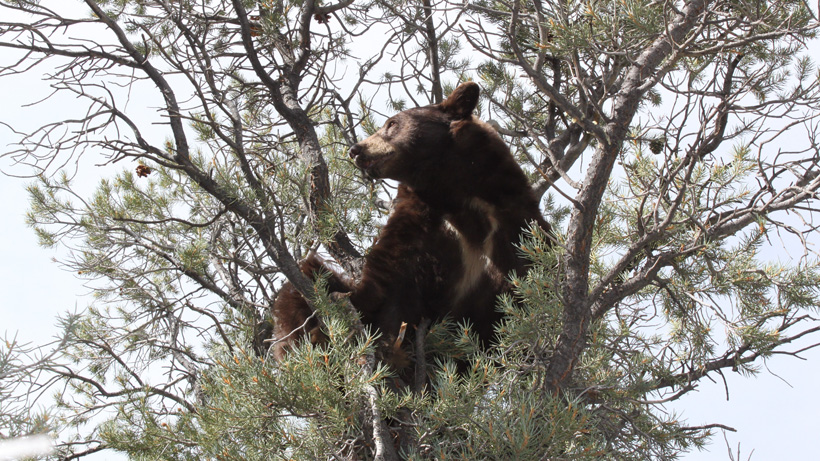 “We also take exception to the assertion that this regulation change would improve Nevada’s fair chase ethic reputation. The relationship between a houndsman and his dogs is a special one and requires an exceptional time commitment for training, etc.; it is not a shortcut. Nevada already has a sterling reputation for upholding fair chase and is constantly at the forefront of maintaining this balance.”

The sportsmen and women of Nevada are proud people with deep ties to tradition, ethics and stewardship. This commitment to wildlife and wild places can be seen in the multitude of conversation organizations, nonprofit groups and volunteers who fuel science-based decision making.

The issue of black bear hunting in Nevada becomes even more complex when considering the fact that the population of bears in Nevada is directly connected to the population of California black bears. With the epicenter of human-bear interaction being the greater Reno/Tahoe area, the thought of eliminating a useful tool of bear deterrent becomes illogical. Considering that dogs are a highly effective tool for bear deterrent and one that has been used by NDOW since 2001. 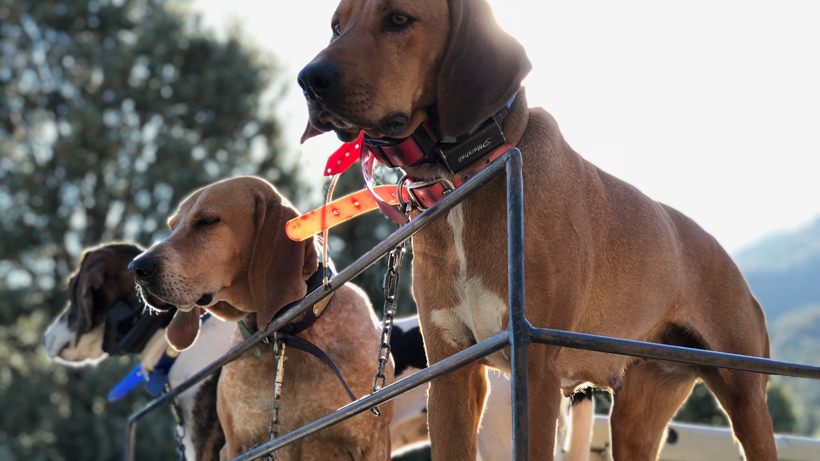 Bear numbers are on the rise in Nevada and show no signs of slowing down with a population of around 200 to 300 animals in 2011 when the hunt started versus today’s population estimate of 400 plus animals. The needs for effective management practices are a must. NSDA claims “the use of trained hounds affords hunters an opportunity to make an informed and selective decision in whether or not to harvest a black bear... For this reason alone, careful consideration must be given to the prohibition of the use of dogs as a potential consequence could be the increased and disproportionate harvest of female animals which are so critical to the overall health of the black bear population.”

NVBHA also shares this concern: “The use of dogs remains the most effective means to best identify male bears for harvest which is an essential outcome to the continued expansion of bear populations into suitable habitat within Nevada. Furthermore, it best enables a close, ethical shot.”

The Nevada Wildlife Commission will vote on the petition to end the use of hounds for bear hunting during the March 19 and 20 meeting in Reno, Nevada. Any vote on this matter other than a “no” must be viewed as a complete disregard of the ideals of the North American Model of Wildlife Conservation. I urge each of you to reach out to the commission and respectfully request they vote against this emotion-based petition.