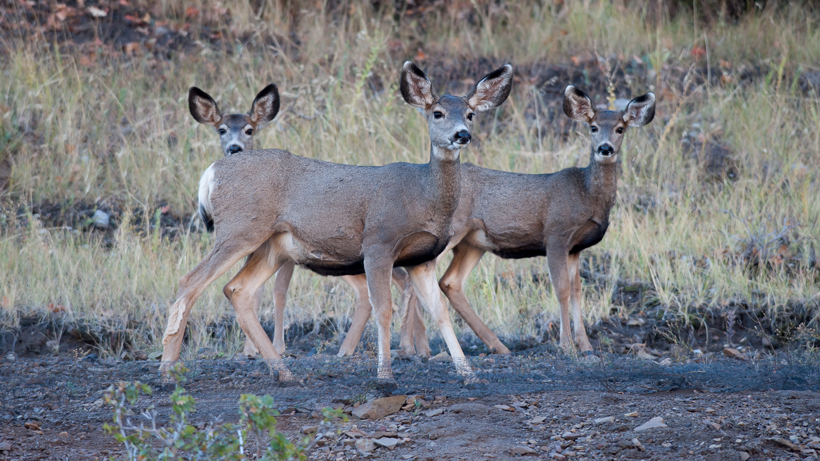 Nevada mule deer are on the steady decline and wildlife biologists say it’s due to loss of habitat. While fluctuation is normal when it comes to deer populations, the continual decrease in mule deer numbers across the state predicts a much more serious long-term problem.

According to the Elko Daily, deer peaked in 1988 with healthy numbers over 250,000; however, the current statewide deer population is closer to 90,000.

“These reductions can be attributed to many things, but the main issues in northeastern Nevada are loss of crucial winter and transition ranges from wildfire, pinyon-juniper encroachment, drought, shrub senescence, impacts from feral horses, and improper grazing,” said Tom Donham, eastern region game division supervisor for the Nevada Department of Wildlife (NDOW).

“Right before that explosion of deer numbers in the late ‘80s, there were two back-to-back really good precipitation years, where the habitat was just in phenomenal condition,” said NDOW Game Biologist Kari Huebner. “So the deer were in fantastic shape … That was before we really started having these large catastrophic fires, 100,000-acre fires. The fires didn’t used to get that big.”

Of course, because of the drop in deer numbers, the number of deer harvests have also decreased over the past few years with last year’s mule deer hunter success per the NDOW Big Game Status report for 2020-21 stating, “The overall success rate for resident Any Legal Weapon seasons was 36% statewide, which is well below the previous 3-year average success rate of 46%.”

However, hunter success is also reliant on weather conditions.

“When hunting mule deer in October, and it’s really hot, the deer just stay in the cover … so it makes it really challenging hunting conditions,” said Huebner.

Regardless, NDOW is taking the mule deer decline very seriously and began the Mule Deer Enhancement Program this year to bring the issue to the public. According to the Elko Daily, the point of the program is to “discuss the threats to deer populations and develop ways to deal with the problems” with subcommittees comprised of NDOW game and habitat biologists, county Wildlife Advisory Board members, local sportsmen and women, and members from local sportsmen organizations, livestock, farming, and mining industries as well as federal land management agency personnel.

“If people have an interest in mule deer enhancement, we’d love to hear from them,” Donhan wrote in an email to the Elko Daily. “Attend and participate in public meetings, educate yourself regarding mule deer and the challenges they face (That means the facts! Not social media and bar room science).”

“Hopefully we will see some improvements in mule deer populations moving forward,” wrote Donham. “But a lot of that depends on things that may be out of our control. While we’d all love to see increases in mule deer, if the best we can hope for over the long-term is to maintain status quo, or even just slow the decline, this is still a very important effort.”